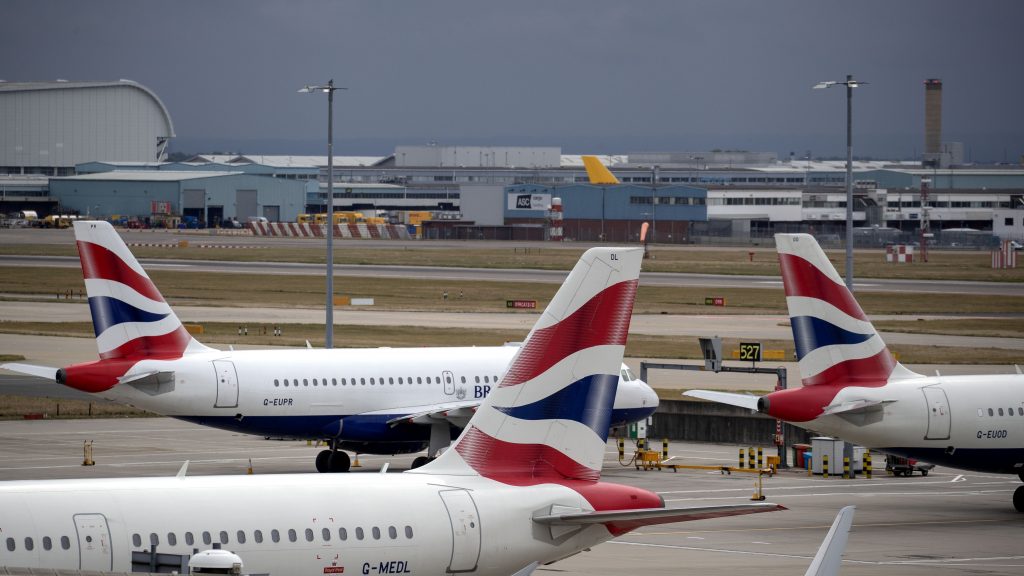 An Extinction Rebellion co-founder has been arrested for the second time in three days after trying to fly a drone near Heathrow Airport during an environmental protest, the group said.

Roger Hallam was detained on Saturday while attempting to disrupt flights at Britain’s busiest airport with the device.

The activist had been arrested on Thursday during a pre-emptive wave of arrests ahead of the climate change action and was bailed with conditions not to be within five miles of any airport or possess drone equipment, Extinction Rebellion (XR) said.

Footage appears to show him being dragged into a van by several police officers.

A splinter group of XR, called Heathrow Pause, has been trying to interrupt flights by flying drones in the 5km exclusion zone around the major transport hub.

The group wants to highlight the “dangerous folly of Heathrow expansion” and cancel the planned third runway.

Some of the toy drones appear to have been prevented from working by what the activists suspect were signal jammers.

As yet, the eco-protesters have failed to cause any delays and flights continued to land as normal on Friday and Saturday.

There have now been a total of 20 arrests since Thursday related to the protest, said Scotland Yard.

A dispersal order around the airport will remain in place until 4.30am on Sunday “to prevent criminal activity which poses a significant safety and security risk to the airport”, the force said.

Heathrow Pause claimed one activist was “meditating in a garden when he was bitten on both legs by a police dog” on Thursday.

But the Metropolitan Police said while they attempted to arrest a man in Hornsey, north London, “he made off from them on foot”.

A spokeswoman added: “He was pursued by officers and a police dog, which bit the man on the leg as he was subsequently detained.

“The man received minor injuries to his leg but declined to be taken to hospital.

“He was arrested on suspicion of conspiracy to commit public nuisance and taken to a police station, where he currently remains in police custody.”

Heathrow and police refused to comment on specific measures they may have taken to stop the protesters’ drones from working, but one expert said existing technology can jam signals between operators and drones.

Richard Gill, chief executive of Drone Defence, told the PA news agency: “That technology is definitely available and can do exactly that.

“When a drone is operated remotely it relies on a radio connection between the drone and the pilot.

“Interference can cut that connection between the operator and the drone.”

Former Paralympian James Brown was arrested at terminal two on Friday after he took part in the protest, and he told PA that there were up to 35 people willing to fly the devices in an attempt to cause disruption.

Mr Brown, who is partially sighted, did not actually fly a drone and said he held it above his head.

Despite the minimal disruption, Heathrow Pause said it is happy about the “conversation” triggered by its action.

It said on Friday: “The real objective was always to trigger a sensible, honest conversation, throughout society, on the dangerous folly of Heathrow expansion, with the ultimate objective of cancelling the third runway.

“That conversation is now happening. It is incumbent on all of us to keep it going.”

Heathrow Airport confirmed its runways were open and said they were committed to addressing climate change.

It said in a statement on Friday: “We will continue to work with the authorities to carry out dynamic risk assessment programmes and keep our passengers flying safely on their journeys today.

“We agree with the need for climate change action but illegal protest activity, designed with the intention of disrupting thousands of people, is not the answer.

“The answer to climate change is in constructive engagement and working together to address the issue, something that Heathrow remains strongly committed to do.”

Earlier this week, Deputy Assistant Met Commissioner Laurence Taylor advised Heathrow passengers to travel as normal and said they were “confident” disruption would be kept to a minimum.

This action is the latest in a string of climate change protests this year, including the widespread action in London in April, which saw Extinction Rebellion bring sites including Oxford Circus and Waterloo Bridge to a standstill.