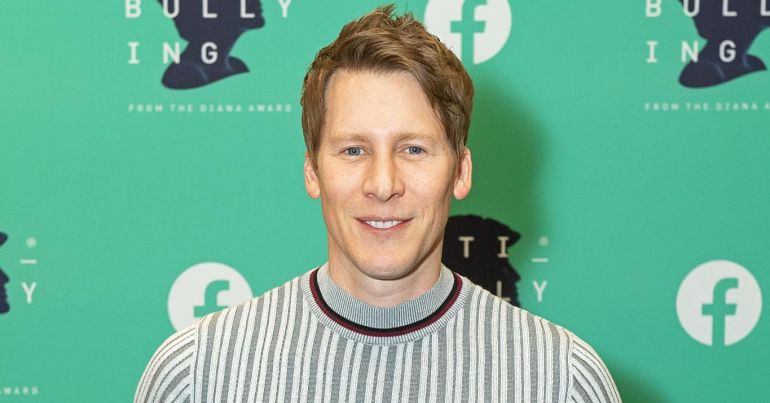 Oscar winning screenwriter Dustin Lance Black has called on people to rally against the rise of nationalism, saying he fears the fight for equal rights is going backwards.

Black, who led the fight to overturn California’s anti–gay marriage Proposition 8 in 2010, said the “pendulum of progress” was swinging backwards for women, LGBT people and for race and religious minorities and that society was divided.

“We are seeing a huge backslide. The question is how long will this last? How long does the swing back of the pendulum last?,” Black said.

“Progress is never a straight line. That is up to the whole of us to answer. How long do we want it to last and what are you prepared to do to push it forward?

“It is really up to the people in a moment of time to be paying attention to what is happening now and use history as your guide.

“We know that times like these are filled with division, that are filled with nationalism, pushing down minorities and difference and we know what that leads to and can lead to.

“Let’s not let that happen. That means people coming together to do all they can right now to push that pendulum of progress back in the right direction.

“The right direction is the direction where all people are treated equally in society and under the law, not just despite their difference but thanks to their great, wonderful, spectacular differences.

“Those differences that give every community in a nation a leg up and advantage.”

Black, 45, was speaking at the Cheltenham Literature Festival about his memoirs, Mama’s Boy, which is the story of his life growing up gay and Mormon in Texas in a military family.

He won an Oscar for his screenplay for Milk, the 2008 film about Harvey Milk, the first openly gay elected politician in California.

Black is best known in the UK for being married to British Olympic diver Tom Daley. They live in London with their one-year-old son Robbie.

Speaking of his memoirs, Black said his early years were difficult as his mother had been left paralysed from the chest down due to childhood polio.

He said growing up knowing he was gay while living in Texas, in a military family and a member of the Mormon Church, had left him considering suicide when he was younger.

“What’s upsetting about it is how unremarkable it is and even today in studies – this is more particular to the US but I bet it’s not so different here – three out of four LGBT young people seriously consider taking their own life,” Black said.

“That is three times higher than their straight siblings who are growing up in the same home, same environment.

“Why is that? If you are told at an early age that there is no such thing as love, connection, family, passion – none of that is allowed to exist in your life – and you are going to hell or jail, separated from your family and ostracised from your community, what are you left with?

“I could not authentically be myself and have any of those things.”

Black said that to be gay in places like Iran, Uganda and Chechnya was “literally deadly” and that had to change.

Describing how he came out to his mother, aged 21, Black said: “She was incredibly surprised, broken hearted and that was a very difficult day for us.

“I just remember at 21 sitting on the floor crying. We didn’t say much and just asked me why I had chosen this lifestyle, which I think is a silly thing to ask a gay person.

“I looked at her crutches and her braces and her very thin legs and said, ‘Why did you choose those?’ We didn’t solve it that night but it started the cracks.”

Asked if he sees his mother in his son, Black replied: “Not yet. I am sure I will.

“He is very determined, incredibly curious and really likes to fling himself off anything that might be dangerous.

“So, I think he might be taking after Tom.”