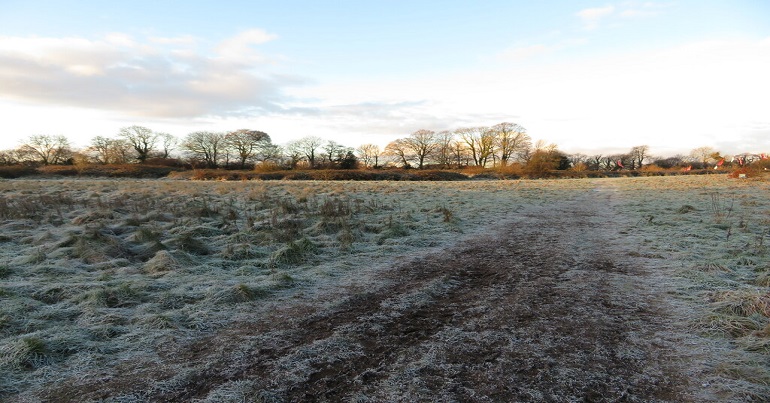 A campaign is underway in Cardiff to save Northern Meadows. Tessa Marshall from campaign group Save the Northern Meadows told The Canary that campaigners entered the site at 6am on 25 October and they’ve no intention of leaving:

BREAKING: 30 local people have barricaded an entrance to Cardiff Northern Meadows to stop what they say is an illegal attempt to start building works that will destroy the popular public green space. They are encouraging supporters to join them. pic.twitter.com/FyPZrhatVr

The site is due to be developed into a cancer care centre. And whilst campaigners believe the centre is needed, they are objecting to its location and the amount of money already spent on the project.

Then late on 25 October campaigners from Coryton and Whitchurch occupied Lady Cory Field, which is next to Northern Meadows. They say this is:

in a bid to prevent the clearance of 25,000m2 of green space which form the enabling works for the construction of a new cancer centre by Velindre University Health Board.

Campaigners have erected notices stating ‘This is NOT a “residential building”‘ in reference to Section 144 of the Legal Aid, Sentencing and Punishment of Offenders Act (2012), asserting that in order to remove them from the land a claim for possession will need to be made via the courts.

Why are they doing this?

Marshall said they started the campaign about 18 months ago when they first:

found out that there was significant work proposed to be done at the space we call the Northern Meadows.

This space consists of three large meadows with a wide array of biodiversity says Marshall. There’s also a wood that’s part of a public right of way.

She says they objected to the planning application. According to her, a letter from Velindre Cancer Centre stated that it was set to begin development today. If she’s correct, it doesn’t have planning permission to carry out its work, so campaigners are preventing the work crews from getting on site.

Marshall says it’s a biodiversity site with species such as bats, hedgehogs, grass snakes, door mice, and owls that’s right next to a nature reserve. She also says it borders an ancient forest, and that:

The biodiversity on site is significant

According to Marshall, the whole build is being funded by mutual investment model, “which is essentially PFI light”. As of 2014, Marshall says the cancer centre was predicted to cost £250m. But with inflation since that time, the project “will likely [cost]…a billion pounds”, and according to Marshall “is not fit for the 21st century”.

Not just an environmental campaign

Marshall added that the objection to developing this area – which she called “the last green space in Cardiff north” – isn’t just environmental. It’s also being opposed for health reasons. Marshall believes the site, in addition to being a site of biodiversity, is not appropriate for a cancer care centre. Such treatment can be toxic for patients so they should be adjacent to an ICU hospital so they can get treatment when needed, says Marshall.

In an open letter on the campaign blog, Dr Ashley Roberts added:

There is little doubt taking away the Northern Meadows as they currently are from the local population would be hugely detrimental to physical and mental well-being.

There is a clear trend for specialist cancer services to be moved to larger hospitals with a wide range of specialist services as they are redeveloped. Cancer units which have had general services withdrawn from their campuses have been badly disadvantaged, both for patient care and research.

Velindre is very much out of step with the prevailing thinking about patient care, an issue which needs to be considered very carefully.

Not everybody is opposed to the plan, however:

This is a legal development to build a ground breaking carbon neutral healing cancer hospital on NHS owned land. There is plentiful green space in the area (I'm a life long resident) and the local and medical support is overwhelmingly in favour if the hospital.

Marshall said she accepts the need for a new cancer centre, but that Velindre Cancer Centre has:

been planing this project for nearly 10 years, they’ve spent over £20m…and what have they [achieved]? They haven’t put a single thing in the ground yet.

Response from the Velindre Cancer Centre

In a statement to Wales Online, David Powell, project director for the Velindre Cancer Centre stated :

The works being carried out are focused on limited vegetation clearance that will allow us access to do ground survey work on the site in the coming weeks. The work will only include removal of previously wind-fallen trees as agreed with Cardiff Council.

The works will be undertaken in accordance with the European Protected Species Development Licence (EPSL) granted by Natural Resources Wales and we will have ecologists on site during the work to ensure that we meet the requirements of the licence.

In line with the proportionality of the work being undertaken, and the short term disruption to access, we wanted to provide context to key stakeholders ahead of the work beginning. As part of our ongoing engagement, we will provide more notice ahead of any further works on site in the coming weeks.

The campaign group’s aims are:

The campaign group wants people to show their opposition to this project by signing its petition. It also wants people to work with elected representatives to achieve this. They say:

The community resolve is strong, as developers do not have the correct planning permission to begin clearing on the site.

The community is not against a new cancer centre. Rather, they support the position of 167 Senior Clinicians and Colocate Velindre who believe building the stand alone centre will create unnecessary risk for cancer patients for decades to come.

The community is peacefully asking the Council and Developers to enforce their own rules and ensure clearance is done while following due process. This cannot happen until planning application 21/01954/MJR is granted permission by the planning committee, and a petition of objection including 367 signatories is heard.