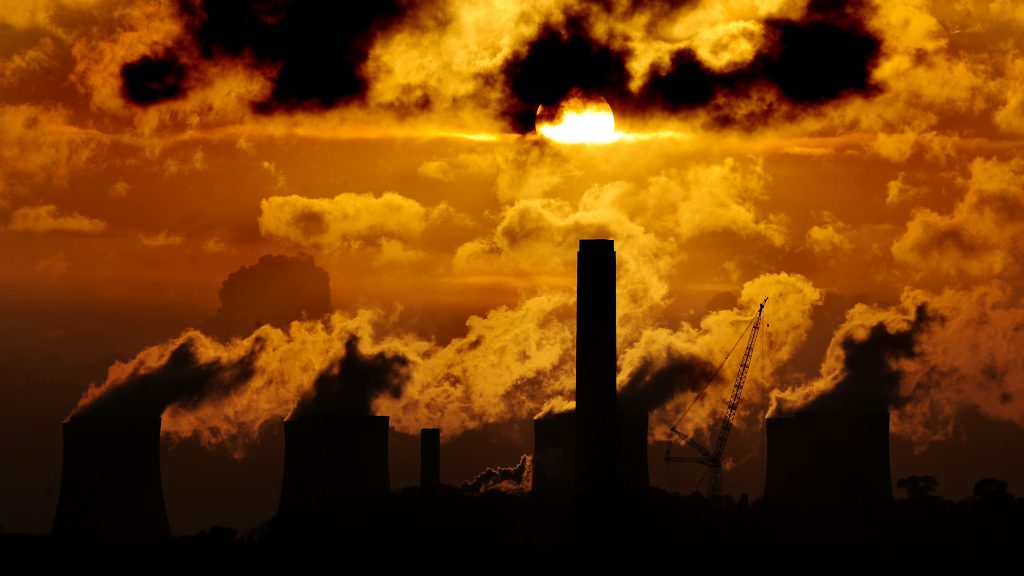 The world is on track for “climate catastrophe”, the UN warned, as it published a report showing countries’ plans to cut emissions still fall far short of curbing dangerous warming.

The UN Environment Programme (UNEP) said even with new and updated plans and pledges from countries for cutting greenhouse gas emissions in the next decade, the world faces global warming of 2.7C by 2100.

The latest climate plans and pledges brought forward by countries to tackle emissions by 2030 only reduce predicted planet-warming pollution by 7.5% by 2030 compared to their previous commitments, it said.

But reductions of 55% are needed to meet the goal to limit global temperature rises to 1.5C – beyond which more severe impacts of climate change will be felt, from extreme weather to rising seas.

Some 49 countries and the EU have pledged long-term targets to cut emissions to net zero, which could bring temperature rises down to 2.2C, but only if they are fully implemented, with action in the next decade, it said.

And the report showed that just a fifth of the recovery investment to help reboot economies after the pandemic had gone to supporting green measures – missing an opportunity to drive action to slash emissions.

The report also highlighted opportunities to cut emissions quickly, including by tackling the powerful but short-lived greenhouse gas methane, which could be reduced significantly with technology and changes to diet.

The world has to wake up to the imminent peril we face as a species.

Climate change is no longer a future problem. It is a now problem.

“On track for climate catastrophe”

UN secretary-general Antonio Guterres said that less than a week before the talks, “we are still on track for climate catastrophe”, warning there was a gap in leadership on tackling the crisis.

It is the latest warning over the climate crisis, as emissions of the gases that drive global warming are set to bounce back after the pandemic, and reached record concentrations in the atmosphere in 2020.

Countries at COP26 are under pressure to deliver on promises made in the global Paris Agreement to hold global temperature rises to “well below” 2C and to try to keep warming to 1.5C, to avoid the worst impacts of climate change.

But the national plans countries previously put forward for the Paris deal left the world well off-track for the 1.5C and 2C limits, so they have had to submit new or updated plans for action up to 2030, known as nationally determined contributions (NDCs), by COP26.

The latest annual analysis of the “emissions gap” between the action countries are planning and what is needed by 2030, shows that even with new or updated plans from 120 countries and the EU, as well as new pledges from key polluters such as China, far more needs to be done.

Emissions need to be reduced by another 28 billion tonnes in 2030 to keep the world on a path to keeping temperature rises to 1.5C – equivalent to nearly halving current levels of pollution of just under 60 billion tonnes a year – on top of cuts already planned, the report said.

To limit temperature rises to 2C, emissions must be cut by an additional 13 billion tonnes in 2030.

The analysis also found that just under half of the new and updated plans submitted by countries will lead to lower 2030 emissions than their previous NDCs, while nearly a fifth (18%) will lead to the same or higher levels of emissions.

The report warned that current plans are in many cases vague, and do not deliver action before 2030, when it is needed.

As the report was released, Guterres urged countries to come to Glasgow with “bold, time-bound, front-loaded plans to reach net zero”, eliminating emissions from every sector and providing climate finance for poor countries.

In response to the report, Caterina Brandmayr, head of climate policy at Green Alliance, said:

This is a stark reminder that we need to go further and faster to put the world on track for 1.5C.

COP26 must provide a clear route forward to accelerate emission reductions and ensure countries continue to ramp up their near term climate action.”