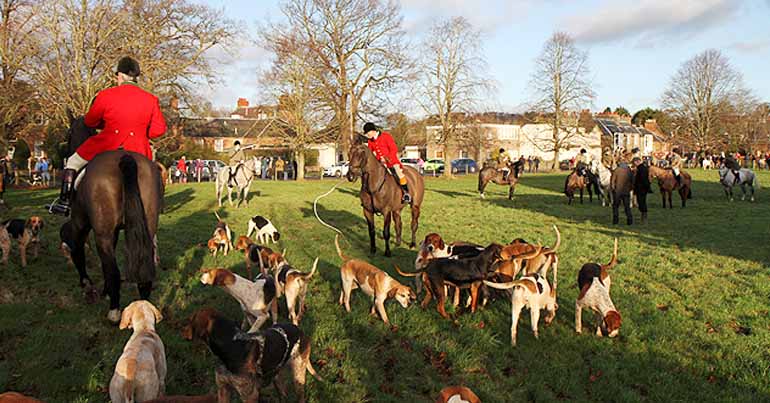 The Scottish government previously welcomed changes that would strengthen the country’s ban on hunting. But its latest plan for the future of Scotland makes no mention of the hunting or changes in legislation. And anti-hunting activists have criticised the absence.

No change in sight

The League Against Cruel Sports (LACS) pointed out on 3 September that hunting isn’t featured in Protecting Scotland’s Future. The document “sets out the actions” that the Scottish government plans to take throughout 2019 and 2020 “and beyond”. And while ecological concerns featured heavily, legislation to strengthen the hunting ban was absent.

Scotland effectively banned hunting in 2002 with the Protection of Wild Mammals (Scotland) Act. It was the first part of the UK to outlaw the pastime. But campaigners claim hunts in Scotland exploit a loophole that allows a pack of hounds to flush a fox to be shot. Senior judge Iain Bonomy led a 2016 review of the law and made a glut of recommendations for improvement. As a result, environment minister Mairi Gougeon announced in January that the government:

will be taking forward many of the recommendations… to clarify and strengthen the… Act.

But Protecting Scotland’s Future doesn’t mention hunting or changes to the Act.

“Disappointed but not surprised”

The Canary asked hunt saboteurs in Scotland for their thoughts on the government’s failure to act. Glasgow Hunt Sabs said:

[We] believe the Scottish Government have little interest in an outright ban on bloodsports. They are interested in political games, power and their own job security. Therefore we are disappointed but not surprised.

The group were also critical of the government’s January proposals.

We are disappointed that the Scottish Government has dropped it’s plans to reform fox hunting legislation, especially after the Bonomy review found that the law in Scotland was seriously problematic (Police Scotland even stated the law was “unworkable”). However, at the time the reforms were announced we expressed doubt that they would do much in practical terms to protect foxes and other wild mammals.

The Canary contacted Holyrood for comment but hadn’t received a response at the time of publication.

On the other hand, hunt sabs and LACS have expressed some hope for a private members bill. Green co-leader Alison Johnstone proposed a bill that aims to end “the use of dogs in the hunting of wild mammals”. Public consultation on the bill ends on 15 September.

We’re now pinning our hopes on Alison Johnstone’s… Bill and the results of the public consultation being successful, where the Scottish Government has failed, and really banning fox hunting for good.

Meanwhile, Glasgow Hunt Sabs told The Canary that it also ‘welcomes’ Johnstone’s bill. But the group remained critical of the bill’s caveat that the government could still license killing foxes (and other mammals) as a “last resort”.

Glasgow Hunt Sabs also told The Canary that until a true ban is in place, it will “continue to save lives by sabbing”. Sabs on both sides of the England/Scotland border have exposed hunts as consistently flouting the law. There’s no place for vile pastimes like hunting in the UK today. And until governments can get their act together, direct action remains essential in the protection of wildlife.