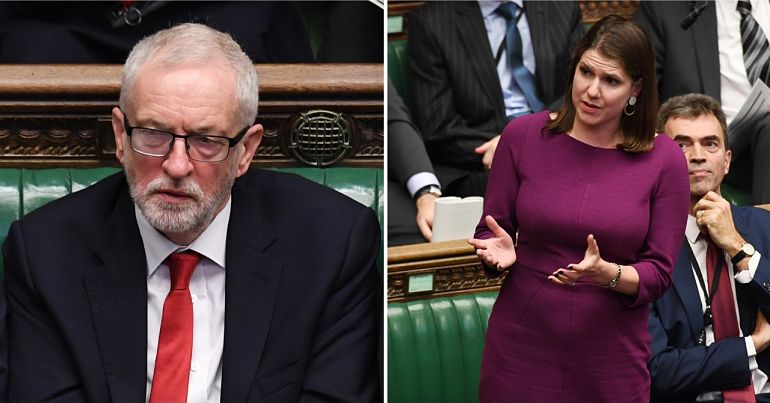 The Liberal Democrats are facing a torrent of criticism after failing to support a vote to protect the NHS against US corporations.

Labour put forward the so-called ‘regret motion’ as an amendment to the Queen’s Speech. It stated parliament’s regret that the speech:

[D]oes not repeal the Health and Social Care Act 2012 to restore a publicly provided and administered National Health Service and protect it from future trade agreements that would allow private companies competing for services who put profit before public health and that could restrict policy decisions taken in the public interest.

NHS on the table

Speaking ahead of the debate on 23 October, shadow health secretary Jonathan Ashworth said:

The truth is that thanks to the Tory reorganisation of the NHS, where billions of pounds of health contracts are privatised every year, the NHS is on the table in any trade deal with Donald Trump.

The Tory sell-out deal will see US corporates running more NHS services while big US pharmaceutical companies force our NHS to pay more for vital medicines.

Closing the debate for Labour, shadow international trade secretary Barry Gardiner spoke of the deep affection for the NHS shown by the response to Danny Boyle’s Olympic opening ceremony in 2012. He referred to the danger of investor-state dispute settlements being used by private companies to sue governments that try to defend services against commercial exploitation. And he finished by suggesting that the UK would not be able to ‘take back control’ of its pharmaceutical industry without the say-so of US corporations.

Following a waffly conclusion by health minister Edward Argar, in which he accused Labour of “scaremongering”, MPs voted. But when the result came, there was an immediate question: “Where were the Lib Dems?”

When the vote was announced someone shouted 'where were the Lib Dems?"

Every Lib Dem MP abstained from protecting our NHS. pic.twitter.com/0qLZfYeUSV

The government defeated Labour’s amendment comfortably, with most Conservative MPs, all the DUP, and nearly all the independent former Tories opposing it. Never mind that, only a month ago, Boris Johnson was promising to tell Donald Trump that the NHS was “not on the table”; neither he nor his supporters appeared willing to back that position up with a parliamentary vote. Nor did such supposed ‘liberals’ as Dominic Grieve or Rory Stewart, or even the perpetual mystery that is John Woodcock. All voted against the regret motion.

But surely, a mildly interested observer might expect, all the MPs who weren’t under the government thumb (or John Woodcock) would vote to support the NHS? No. Somehow, over 50 MPs managed not to record a vote. There can be many reasons for abstaining. The speaker and three deputy speakers aren’t allowed to vote. The seven Sinn Féin members never take their seats. MPs may also be ill or on urgent business elsewhere. But the most obvious reason for not voting is to voice a lack of support for the motion while avoiding expressing total opposition to it. And the Lib Dems abstained en bloc.

Caron Lindsay, editor of Liberal Democrat Voice, laid out the reasoning for the Lib Dems’ abstention. The party thinks the Health and Social Care Act 2012, which it saw into being as part of the Coalition, is not all bad. “There was some good stuff in there, on social care and on mental health,” said Lindsay. “So even if we think that the Act isn’t perfect, we would go with amending rather than [repealing] it.” She continued:

So we didn’t vote for the amendment. We didn’t vote against it either. We abstained. However, we have good form on the NHS and trade deals.

But not everyone was convinced:

That's no explanation at all. Whoever wrote it comments on games political parties play by putting something in the legislation that other parties cannot go for, but doesn't explain what was in Labour's motion that was so unappealing, other than being proposed by Corbyn ofc.

This came even as party leader Jo Swinson called on Labour to do as she says, not as she does, and back a Lib Dem amendment:

And one respondent suggested the problem started at the top:

Anyone interested in how Jo faired on previous NHS votes can find answers here. It’s as Tory as you can get without being Tory https://t.co/8y3s0G0bY5

By themselves, the Lib Dem abstentions didn’t swing the vote. But they made the government’s margin of victory look a whole lot more comfortable than it might have done. And they indicated that, when parliamentary push comes to shove, the Lib Dems may well be more use to the Tories than they are to Labour.

Featured image via ©UK Parliament/Jessica Taylor licensed under CC By 3.0