As bats get blamed for coronavirus, the big problem is actually ‘human assaults on the environment’ - The Canary 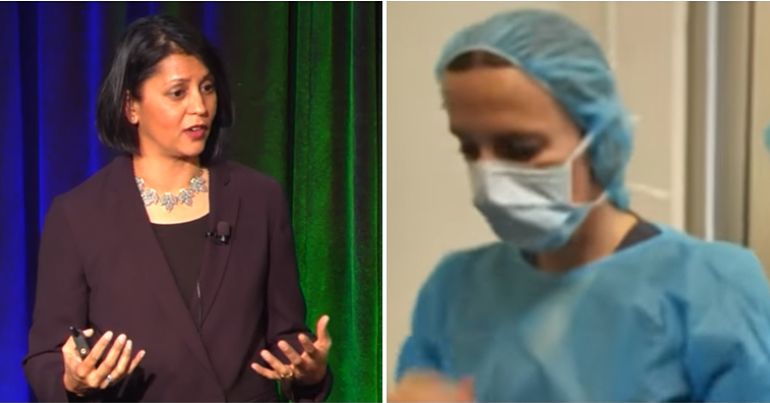 As the coronavirus Covid-19 has now spread to every continent bar Antarctica, there’s been a tendency to blame the outbreak on bats in Wuhan in the Hubei province of China. One expert said she’s “90% confident” it came from bats. An NBC News report claims it potentially came from an animal market in that province. It then speculates that someone there “butchered a bat, came into contact with its blood or urine, and then touched his or her mouth or nose”. A simple and logical explanation. But it could be ignoring a wider issue. And that is the possible connection between the virus and the fact that we’re destroying our wildlife’s natural habitat.

The narrative expressed on NBC News now faces a challenge. Because investigative science journalist Sonia Shah has a different perspective. Instead of simply blaming wildlife, she believes that humankind must bear the main responsibility. Shah said:

We can see with, for example, deforestation, that when you cut down the trees where bats roost, for example, they don’t just go away. They come and roost in your back gardens and your farms and your yards instead. And that allows people and bats to come into new kinds of contact.

On 18 February, Shah wrote in the Nation that “the real blame lies elsewhere—with human assaults on the environment”. She explained that:

speculation about which wild creature originally harbored the virus obscures a more fundamental source of our growing vulnerability to pandemics: the accelerating pace of habitat loss.

Since 1940, hundreds of microbial pathogens have either emerged or reemerged into new territory where they’ve never been seen before. … more than two-thirds—originate in wildlife.

But wild animals aren’t responsible for this themselves. The root of the problem is in how humankind cuts down trees, builds towns and expands industry. Not only does this threaten the survival of the natural wildlife, it also threatens the existence of the medicinal plants we need.

How to move forwards

Shah acknowledges that “we live on a microbial planet”, so therefore disease is a part of the “human condition”. But we can still do a lot to prevent the outbreak of such diseases by protecting wildlife habitats. This would help ensure:

Similarly, the overlap between human and animal habitats worsened the Ebola virus outbreak. Shah, however, does see some hope in science. She claims that a lot of scientific work in this area has been successful over the last 10 years. So all that’s needed is the political will to carry this out. But in the US, Donald Trump has already cut a lot of the funding that could have assisted with a pandemic response.

In response to this crisis, Trump appointed vice president Mike Pence to prevent a widespread outbreak in the US. But worryingly, as congresswoman Ilhan Omar pointed out:

Let this sink in: Mike Pence, who enabled the worst HIV outbreak in Indiana’s history, is leading the coronavirus response.

A real public health professional must step up to handle this. This is not a drill — lives are at stake.

Trump also tried to play down the seriousness of the outbreak with his usual bluster. And he managed to misspell the key word ‘coronavirus’ in the process:

Low Ratings Fake News MSDNC (Comcast) & @CNN are doing everything possible to make the Caronavirus look as bad as possible, including panicking markets, if possible. Likewise their incompetent Do Nothing Democrat comrades are all talk, no action. USA in great shape! @CDCgov…..

Where the responsibility lies

We shouldn’t seek to blame wild animals for this or any other outbreak. Because the big responsibility lies with human beings. Yet it’s still debatable how seriously people are taking the destruction of the environment.

Let’s hope it doesn’t take any further devastation or death to alert people to how seriously we are damaging the planet we all share.