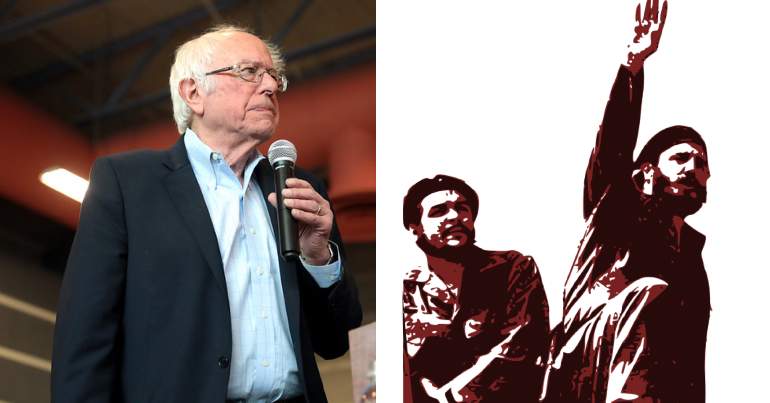 Bernie Sanders has recently come under fire for statements about the government of Cuba. The attacks have been vicious, and they need calling out. Because his comments are not only perfectly accurate but also shine an important light on a gaping blind spot in the US political psyche.

On 23 February, Sanders said it’s “unfair to simply say everything is bad” about the Cuban Revolution. Republicans and establishment Democrats alike were quick to seize on the comments to fearmonger about his presidential bid.

Sanders is now the undisputed frontrunner in the Democratic Party presidential primary contest. And his rivals in this race have been sinking to pathetic depths to try and discredit him. The Cuba comments have played a part in their ridiculous red-baiting tactics.

Sanders may possibly have scored an own goal given the strong feelings about Cuba amongst many expatriates living in the US – and especially in the crucial swing state of Florida. But in reality, Sanders’s comments add an important element of balance into a discussion that is often represented in stark black-and-white terms.

Firstly, the context for Sanders’s comments matter. Because he actually said:

We’re very opposed to the authoritarian nature of Cuba, but you know it’s unfair to simply say everything is bad. You know, when Fidel Castro came into office, you know what he did? He had a massive literacy program. Is that a bad thing, even though Fidel Castro did it?

Note that he is qualifying his statement by acknowledging that there are legitimate criticisms of the Cuban government on some issues. Indeed, there have been some human rights problems in Cuba, which progressives should not brush under the carpet.

It’s also important to remember, however, that the situation has been grossly exaggerated by the US foreign policy establishment for its own ends – as part of its hypocritical hijacking of human rights discourse to provide bogus justification for its international interventionist agenda. Indeed, it can’t possibly be human rights issues that motivate US hostility when you consider Washington’s fawning treatment of the Saudi dictatorship, Israel, Colombia, Turkey, and Honduras.

In fact, looking at Cuba’s own history helps to cut through the hypocrisy. Because Washington had no problem with the brutal Batista dictatorship, because he was dutifully serving US interests.

Sanders is also right that Cuba has made important social gains. These have been recognized by multiple regional and international institutions such as the World Health Organization – and even some that are very critical of the Cuban government in other respects.

In addition to the widely successful literacy program that Sanders mentioned, gains also include impressive social indicators such as high life expectancy and low infant mortality – especially when compared with other developing countries. It’s also taking real steps to address climate breakdown. According to research by the World Wildlife Fund, for example, it’s the only country in the world that meets its definition of sustainable development due to its high human development indices combined with a low ecological footprint.

Sophisticated Cuban exile hardliners have a set of glib rebuttals to the above points at the ready. Trying to portray the situation in Cuba in as negative a light as possible, they claim that any statistics coming out of the country should be treated with skepticism because they are ‘manipulated or fabricated by the government’. But even the CIA (which has been plotting regime change against Cuba for decades) apparently considers these statistics credible enough to cite them in its own ‘Factbook’.

Exile hardliners also say Cuba was “one of the most advanced and successful countries in Latin America” prior to the 1959 revolution. But there seems to be little historical analysis to back this up. And much analysis suggests Cuba was a mess before the revolution. It suffered not only with rampant poverty, illiteracy and lack of access to even the most basic public services but also extensive infiltration of organized crime into its state, society and economy. As historian Arthur Schlesinger Jr. put it:

The corruption of the Government, the brutality of the police, the government’s indifference to the needs of the people for education, medical care, housing, for social justice and economic justice… is an open invitation to revolution.

The major cause of poverty in Cuba since 1959, meanwhile, has been the decades-long ‘embargo’ (more accurately described as an economic blockade). This flagrant violation of international law – which has been denounced by a majority vote in the United Nations General Assembly every year since 1992 – has cost the island economy over $100bn since it was first enacted.

As a result, it has been denounced as a human rights violation by multiple mainstream NGOs and human rights organizations. And as is often the case with sanctions, the people who suffer most are the civilian population, rather than ostensible targets in the government.

Sanders is spot on

Considering all of the above, Sanders isn’t just correct; he’s simply stating something that’s completely uncontroversial outside the narrative concocted by Cuban-American exile hardliners. And that’s something Sanders supporters must stress consistently.