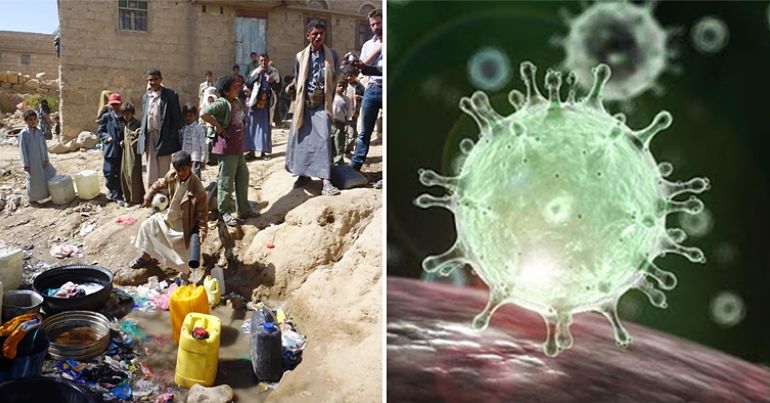 Washing hands to avoid catching or spreading coronavirus (Covid-19) is an essential piece of advice. And following this advice isn’t a significant challenge for most people in the UK and other such wealthy nations. But that’s not the case worldwide.

Because, as reported by the Institute of Development Studies (IDS), 2.5 billion people (one-third of humanity) around the world don’t have access to safe drinking water. Furthermore, 4.5 billion people don’t have access to proper sanitation facilities. So, the possibility of fighting the coronavirus globally has become an even greater challenge. The current pandemic reminds us that poor water and sanitation is something we absolutely need to get to grips with.

By a vote of 122 in favour to none against, with 41 abstentions, the General Assembly today adopted, as orally revised, a resolution calling on States and international organizations to provide financial resources, build capacity and transfer technology, particularly to developing countries, in scaling up efforts to provide safe, clean, accessible and affordable drinking water and sanitation for all.

Yet still, many vulnerable people go without. Lyla Mehta, Claudia Ringler, and Shiney Varghese, writing for the IDS, believe that:

due to the narrow focus of the right to water on domestic provision, wider challenges around accessing water for survival and livelihoods in the context of climate change are not being considered.

This is a major concern in the so-called ‘global south’, in densely populated areas where there are poor health systems.

And it’s women who bear the brunt of not having easy access to running water. Because globally women spend over 200 million hours daily collecting water.

Large populations in the global south live in slums and informal living conditions. Such places have limited access to reliable water. And as such, when water becomes available to everybody, there’s such a scramble for it that social distancing is virtually impossible.

To make matters even worse, this water can be poor in quality and short in supply. This in turn can lead to the spread of disease, and it also leaves little water for an adequate amount of hand-washing to fight off coronavirus.

A report by the World Resources Institute (WRI) showed that major cities in the global south can’t provide their residents with reliable or affordable access to water. In cities such as Dhaka and Karachi this led to residents accessing water illegally through use of hand pumps or suction devices.

But the immediate solution to this is obvious according to Victoria Beard, one of the authors of that report. Beard believes that fixing leaky pipes would help greatly because 25% to 60% of water doesn’t reach its customers. This happens as a result of theft or leaks. Other possible solutions could include subsidies to the poorest citizens to help with buying water.

Maybe some good can come from such misery

The world has ignored this crisis for far too long. Yet pandemics raise our awareness. The Ebola crisis in West Africa did see some improvements in the provision of hand-washing facilities. But sadly nowhere near enough.

It shouldn’t take a pandemic to do so, but hopefully this crisis will alert people to the need to prioritise safe and clean water for people around the globe.