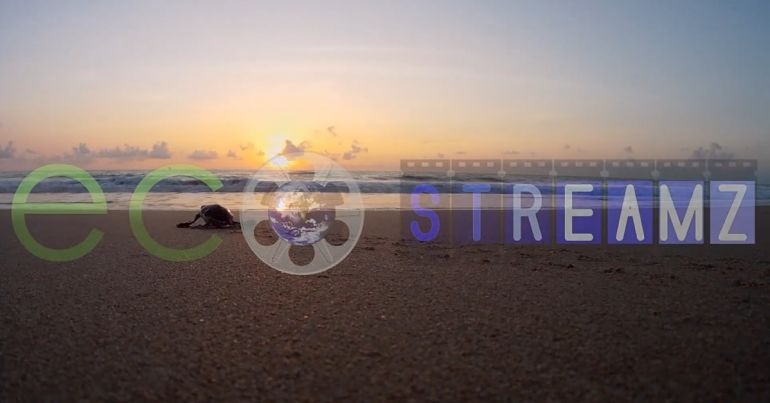 Education is a key topic in the UK right now. Whether young people should be in school at all due to the coronavirus (Covid-19) pandemic and what they should be learning while there are both under debate.

Appropriately then, a new initiative has launched that will ensure that thousands of schoolchildren are about to get an education fit for the 21st Century. Because the world’s first online streaming platform for eco-issues is going to be given free to 32,770 schools.

Ecostreamz: coming to a school near you

The online streaming platform is the brainchild of Oregon-based artist and filmmaker James Branchflower and British conservationist Ian Redmond. The subscription-based initiative features shorts and documentaries from filmmakers fighting the ecological and social “war” engulfing the planet right now. As Ecostreamz’s website says, the founders created it to “educate, inspire and empower” people about the critical stories of our time that the media often discards “on the cutting room floor”. The platform’s content focuses on issues such as deforestation, social justice, wildlife conservation, and human rights.

In collaboration with SaveMoneyCutCarbon, a company that provides “sustainable solutions” for homes and businesses, Ecostreamz has developed an educational sponsorship programme. In Britain, that collaboration will result in Ecostreamz offering a free 12-month subscription to every school that has engaged SaveMoneyCutCarbon. In a press release, Ecostreamz said that will mean 32,770 schools receive the free subscription.

Speaking on the venture and its educational sponsorship programme, Redmond said:

Passionate filmmakers, often working with charities, make powerful educational films about the issues of our day, many of which win awards but then disappear. Ecostreamz is a platform for these important films and supports the causes that are featured.

The scheme to provide free school subscriptions is a wonderful opportunity to educate the next generation and link students to the organisations working to solve the problems exposed.

In terms of its financial model, Ecostreamz returns 80% of paid streaming revenues back to the charities and filmmakers who provide the content.

Meanwhile, it has partnered with Mongabay, a non-profit science, environment, and conservation news outlet, whose articles it features on the Ecostreamz website.

The initiative has attracted the support of the 18-year-old environmental activist and president of Black2Nature Mya-Rose Craig and many other high profile figures. It also counts Dr Jane Goodall as an ambassador and a member of its Advisory Board. Goodall commented:

With Films like ‘The Cove’, ‘Blackfish’, ‘Blood Lions’ and ‘Stroop’, many wildlife conservation crises have received more attention in the media and the public. Unfortunately, however, the vast majority of independent, issue-related films remain unseen because they are rarely picked up by television networks or theatres…

By creating a streaming video service like Netflix dedicated to global environmental and social justice issues, Ecostreamz will endorse the importance of film in changing public discourse.

A “conduit for change”

Branchflower told The Canary that Ecostreamz believes “important content about the state of our world should be accessible to everyone”. So alongside the programme to get that content free of charge into schools, it offers a free limited version of the site and a premium version for as little as $2.50 a month. Branchflower added:

However, if an individual simply cannot afford to pay, we will be offering them a free premium version of the site until their situation changes. They need only e-mail us and we will make arrangements.

Speaking about the clear ‘campaigning’ essence of the initiative and the platform’s overarching goals, Branchflower commented:

Our goal with this venture is to create a worldwide online community for activism, whether environmental or human-related. The campaigning nature of our site is critical to the success of each and every individual initiative we’re a part of. As our community grows, so too will our ability to effect real change. Therefore, as more members contribute through their memberships and donations and as they go out to their communities armed with data provided by our site, we will be able to start solving some of these crises.

Now, more than ever, it is absolutely imperative that we all get involved and do our part. The world is smaller now. Whether through the internet, or air travel, we’re all connected and we all share a responsibility to help make a positive change in this world. The ultimate goal of Ecostreamz is to become the conduit for that change.

It is imperative that change happens quickly. The global pandemic and climate crisis we’re living through are a testament to that need. Ecostreamz is attempting to spur on that change by giving a platform to stories that tell the truth about environmental and social issues of our age. The platform will put those stories at the front and centre of people’s minds, which – amid an ecological and social catastrophe – is right where they belong.