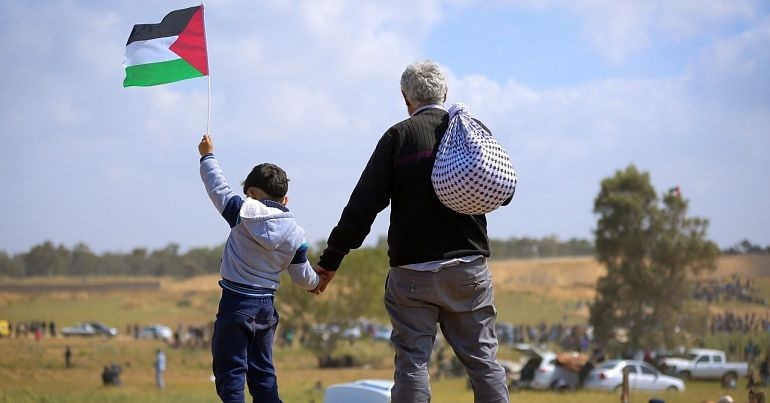 Palestinians have scored a major victory against Israel’s apartheid regime in the European Court of Human Rights (ECHR).

On 11 June, the ECHR passed a ruling on a French court’s conviction of people boycotting Israeli goods to show solidarity with Palestinians. It found that the convictions violated the European Convention on Human Rights.

As the Boycott, Divestment and Sanctions (BDS) movement noted, the ruling has “major implications for anti-BDS state repression”. With Palestinians calling on the international community to take ‘effective measures’ to stop Israel from formally – and illegally – annexing around a third of the West Bank, the ruling couldn’t have come at a better time.

France’s highest court convicted 11 BDS activists for “incitement to discrimination” in 2015. The activists had taken part in protests urging the boycott of Israeli goods in supermarkets. Now the ECHR has ruled that the convictions violated Article 10 of the convention, namely freedom of expression.

Responding to the judgement, the BDS movement’s Rita Ahmad said:

This momentous court ruling is a decisive victory for freedom of expression, for human rights defenders, and for the BDS movement for Palestinian freedom, justice and equality…

This is a major legal blow to Israel’s apartheid regime and its anti-BDS lawfare. At Israel’s behest, European governments, especially in France and Germany, have fostered an ominous environment of bullying and repression to silence Palestine solidarity activists.

Palestinians have recently called for the international community to implement a series of effective measures over Israel’s formal annexation plan. As academic Norman Finkelstein has pointed out, Israel “has effectively annexed the West Bank” already in its over 50-year-long occupation of the country. But Israel’s plan, dreamed up in concert with the US, would see that annexation formalised.

The measures Palestinians are calling for include banning arms trade and security cooperation with Israel and suspending free trade agreements with the regime. They’re also urging for trade to be prohibited with illegal Israeli settlements and for justice to be served to individuals and corporations complicit in Israel’s illegal occupation and potential war crimes.

The call for effective measures essentially reminds states of their obligation to uphold international law in the face of Israel’s illegal occupation and blockade of the Palestinians’ country. But most countries around the world pay little more than lip service to Palestinian rights. Indeed, many are not only failing to take action against the Israeli regime, they’re attempting to silence their own citizens from showing the solidarity so egregiously lacking in their own actions.

For Palestinians, and citizens within the ECHR’s jurisdiction – which spans most of Europe – this court judgement is therefore monumental. Because it means states party to the convention and subject to the court’s rulings no longer have a leg to stand on if they try to quash similar shows of solidarity.

In short, even if states won’t take the effective measures Palestinians are calling for, at least citizens can now do their part in opposing Israel’s apartheid regime.