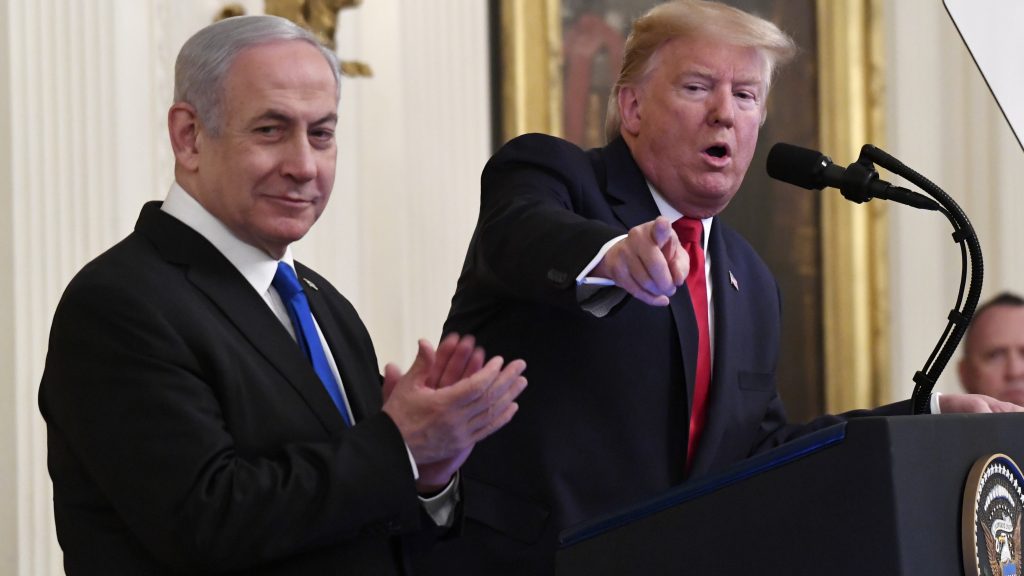 Donald Trump’s highly controversial deal with Israel backs the Israeli government’s position on nearly all of the most contentious issues in its decades-old occupation of Palestine.

Rather than seeking compromises between Israel and Palestine on issues like the borders of a future Palestinian state, the status of occupied Jerusalem, and the fate of refugees, Trump’s plan largely adopted the Israeli position. As a result, Palestinians have been quick to reject the plan, and the international community seems unlikely to back it either.

Here’s a look at four key points of controversy from the 50-page proposal:

1) A major Israeli land grab in the occupied West Bank

The plan suggested that land swaps should give a future state of Palestine territory “reasonably comparable in size to the territory of the West Bank and Gaza pre-1967” (when Israel seized those territories and east Jerusalem in a war of annexation). A “conceptual map” accompanying the plan shows a disjointed Palestinian state, with Israeli and Palestinian enclaves linked to their respective states by bridges, tunnels and roads.

One major controversy surrounding this suggestion is that it would put the Jordan Valley, which accounts for around a quarter of the occupied West Bank, “under Israeli sovereignty”.

The plan would further allow Israel to immediately annex virtually all its illegal settlements in the occupied West Bank, on the promise to not build more such settlements during the period of negotiations.

2) The continued takeover of occupied Jerusalem

Trump’s plan would also put most of occupied east Jerusalem, including its Old City and holy sites, under Israeli control. The United Nations plan before the creation of Israel in 1948 was for the city of Jerusalem “to be governed by a special international regime” separate from Israeli and Palestinian states.

The new US-Israeli plan wants Palestinians to establish a capital on the outskirts of Jerusalem, outside Israel’s apartheid wall.

Under the plan, Israel would “maintain overriding security responsibility” for the future state of Palestine, which would be “fully demilitarised”. Palestine would have its own internal security forces, but Israel would control the borders and monitor all crossings.

Israel would only implement its obligations if the besieged Gaza Strip returned under the full control of the Palestinian Authority or another entity acceptable to the Israeli government. Gaza would also be expected to fully disarm itself.

The ongoing ethnic cleansing of Palestine began in 1948 when over 700,000 Palestinians were forced from their land during the creation of Israel. Palestinians call this the Nakba (‘catastrophe’).

These refugees and their descendants now number around five million and are scattered across the region. The Israeli state rejects their right to return to their former properties, insisting that this would ‘destroy Israel’s Jewish character’. And the new US-Israeli plan echoes this stance, saying “there shall be no right of return by, or absorption of, any Palestinian refugee into the state of Israel”.