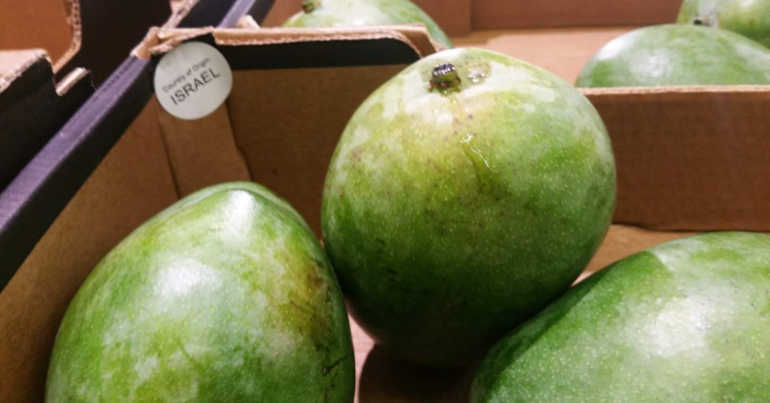 A group of well known Israelis have called on the European Union (EU) to ban the sale of products which originate in Israel’s ‘settlements’. In a letter published in the Guardian, 13 anti-occupation Israelis wrote:

As Israelis who care about the future of our country, we ask the European Union to ban the import of settlement goods in order to support a just future for Israelis and Palestinians alike.

Israel militarily occupied the West Bank, Gaza, East Jerusalem and the Syrian Golan Heights in 1967. Since then, it has established hundreds of colonies on the lands it has occupied. These colonies, known as ‘settlements’ are illegal under international law.

The authors of the letter, who include Nobel prize winners and a former Attorney General of Israel, say:

We believe that the occupation is morally corrosive, strategically shortsighted, and thoroughly detrimental to peace. The international community has taken insufficient action in addressing this reality. Europe continues to support the occupation financially by allowing trade with Israeli settlements, which are illegal under international law. It should be clear that continuing to sell goods that support the erosion of democracy in Israel and the denying of rights to Palestinians is unacceptable.

The open letter is in response to a ruling by the European Court of Justice (ECJ) last week. The ruling states that goods imported to Europe originating from Israel’s settlements must be explicitly labelled as such if they are to be sold in Europe. The ECJ ruling will mean that consumers are able to choose whether to boycott produce which has been grown or manufactured in one of Israel’s settlements.

The authors of the letter argue that the ECJ ruling does not go far enough:

We, concerned citizens of Israel, welcome the recent ruling of the European court of justice, which in confirming that Israeli settlement products cannot be labelled as originating in the State of Israel, reaffirmed the illegality of settlements and the importance of international law…

We believe that accurate labelling of settlement products is an important step but is insufficient. We call upon the European Union to ban the import of Israeli settlement goods.

The fact that mainstream Israeli figures are making such a public call is a significant step in the campaign against the export of settlement produce from Israel.

The US state department, on the other hand, wasn’t happy. The US issued a statement siding with Zionist groups to condemn the ruling.

The Palestinian Boycott National Committee has also called for the UK to go further and ban the import of goods from Israel’s colonies:

The EU’s top court has obliged the EU to label products from Israel’s illegal settlements to prevent aiding its population transfer crime against Palestinians. More pressure is needed to compel Europe to end hypocrisy and ban all economic and financial relations with settlements. pic.twitter.com/qwhSxFlDck

The EU must take the next step to bans the sale of settlement goods. More than that, Palestinians have been calling on consumers to boycott all Israeli goods until Israel ends its brutal occupation of Palestine. Boycotting Israeli products is an important act of solidarity with Palestinian people living under occupation.