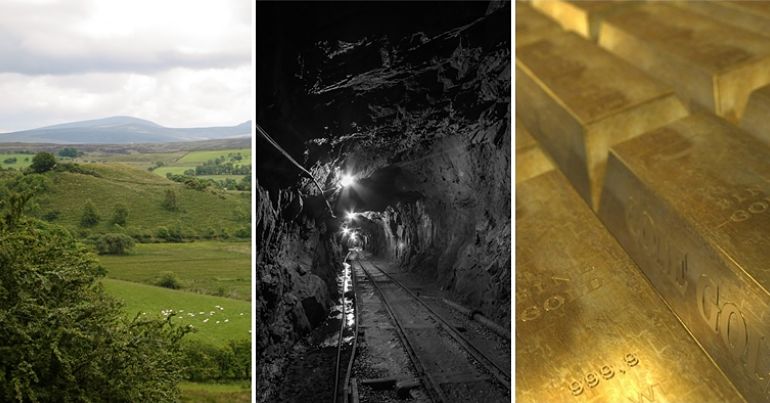 On 29 June, infrastructure minister Nichola Mallon announced an independent public inquiry for Dalradian Gold Ltd’s controversial goldmine application in the Sperrin Mountains. Local opposition to this project in the north of Ireland remains strong. Because at the time of writing, there were over 36,600 objection letters to the proposal and just over 3,960 letters of support.

And in response to Mallon’s announcement, a local person opposed to the goldmine told The Canary:

we want an expert led, regional, public inquiry into the dangers of gold mining.

Moreover, local people want to participate in setting the terms of reference for the inquiry. So, the Department for Infrastructure’s (DfI) current announcement doesn’t satisfy their concerns.

Whilst we welcome the decision by the Minister to initiate an Inquiry, there is insufficient detail at this stage for us to be sure whether it will comply with the concerns raised in our pre action correspondence from our solicitors.  We will wait to see the full transcript of the minister’s proposal.

We have real concerns about a potential conflict of interest, in circumstances in which the stakes cannot be any higher for the local community, when our own expert has made it clear that it is a risk to our safety.

Today’s announcement is a welcome development which is long overdue. It is unquestionable that this application requires careful scrutiny in a transparent manner. However, the devil is in the detail. Any public inquiry needs to ensure that at its heart there is an equality of arms, and that the local community are afforded the same access and involvement as those who seek to advance this contentious application. As has already been established, there are real and immediate risks to the environment and to the local community’s human rights, which must be taken into consideration

People living in nearby communities stepped up their opposition to the goldmine when Dalradian submitted its application in November 2017. Since then, protesters have been arrested, undertaken legal challenges, chained themselves to mining equipment, and received death threats.

Earlier this month Tracey submitted a pre-action protocol to DfI for a judicial review. This protocol asks DfI to confirm it’ll hold an investigation into the mining application. Additionally it asks this investigation to comply with articles 2, 3, and 8 of the European Convention on Human Rights (ECHR). These articles address the serious health concerns of local people. Because they feel the mine puts their lives in danger.

The protocol also states that there have been build-ups of zinc around the current exploratory mine. The mine would also be close to local drinking water. And it risks disturbing radon underneath the Sperrins.

On 9 June, the Irish News revealed a potential conflict of interest in the application process. Because it found DfI awarded consultancy firm Golder Associates UK a £300k contract to help review part of Dalradian’s application. Golder had previously carried out work for Dalradian’s parent company as part of this project in 2011.

DfI appointed the consultancy firm to review the content of Dalradian’s waste management plan. However, it denies any conflict of interest. Tracey’s pre-action protocol asks DfI to quash its decision to appoint Golder. Instead it wants a consultancy firm with no previous involvement in the project.

The Canary contacted DfI for a response to this contract but it hadn’t responded by the time of publication.

Mallon’s predecessor Chris Hazzard first announced holding a public inquiry in January 2017. However, around that time the north of Ireland assembly (Stormont) collapsed and didn’t reopen until January 2020. The proposed public inquiry took a back seat during that time.

On 13 February, shortly after Nichola Mallon’s appointment as minister, DfI told The Canary it would hold a public inquiry and it would be conducted by the planning appeals commission (PAC). It said while the inquiry wasn’t a prerequisite, it could “assist the department” to reach a final decision.

At the end of that inquiry, according to DfI, the PAC would present its report and recommendations “which will be taken into account by the department when taking the final decision”. However, the DfI’s recent announcement states:

Before any decision is taken I consider it important to have a Public Inquiry and report which has independently considered the views of stakeholders, including the local community and other Government Departments, and which will robustly scrutinise the information provided by all interested parties.

Once I am satisfied that all necessary detail and consultee responses have been provided I will move to call the Public Inquiry to allow for robust scrutiny of the application in a public forum.

The Canary contacted the DfI for further comment on the details of this inquiry and the one it mentioned in February, but it hadn’t responded by the time of publication.

As The Canary has reported, gold mining has posed severe risks to health around the world. And while this goldmine is only at the application stage, there are lots of questions about its suitability. Local people need answers to their questions in addition to a trustworthy inquiry and application process.

DfI claims the function of this public inquiry is to “independently” consider “the views of stakeholders”. There aren’t any greater stakeholders than people living in the immediate community. If this inquiry is to have any credibility, it needs to ensure those views get priority.