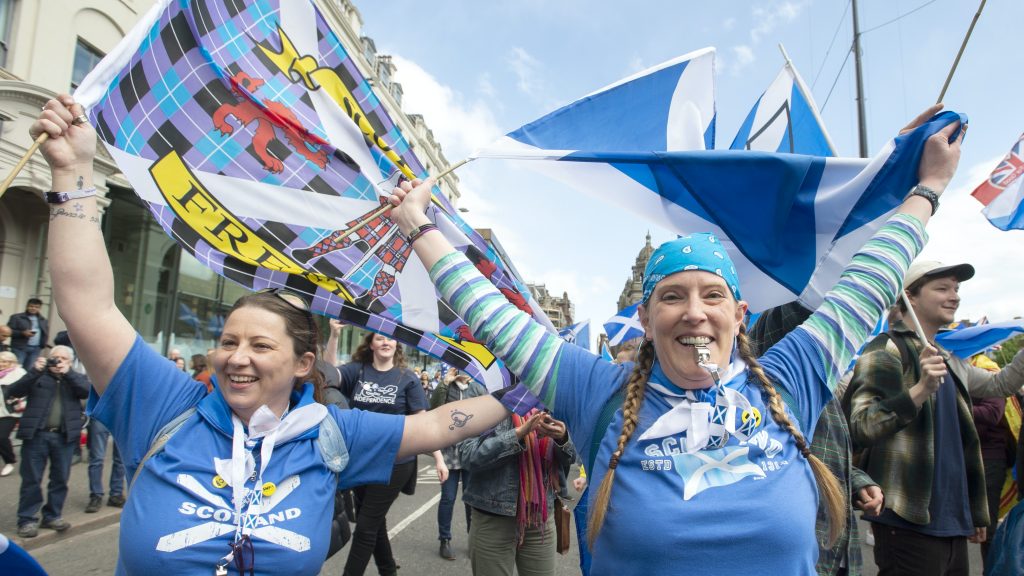 The SNP could withdraw from UK institutions – including the House of Commons – if Boris Johnson’s government continues to block a second Scottish independence referendum, one of the party’s most senior MPs has suggested.

Pete Wishart, an SNP MP for almost two decades, said the party could consider “withdrawing from the apparatus of the UK state” if Westminster continues to reject calls for a fresh vote on the issue.

This could be “escalated” to the extent of impacting on the SNP’s “participation in institutions of the UK Parliament”, he added.

Wishart argued if Westminster continues to refuse calls for a referendum, the Scottish government could try to seek the support of the European Union and the international community for such a ballot.

The Perth and North Perthshire MP made clear holding a referendum with the UK government’s consent and agreement, as had been the case in 2014, is his preferred approach.

Since the first vote, both Johnson and his predecessor as PM Theresa May have rebuffed calls from Scottish first minister Nicola Sturgeon for a Section 30 order to be granted, transferring powers for a referendum to Holyrood.

Wishart said Scotland is now at a “tipping point” – with a poll last month having put support for independence at 54%.

Western Isles MP Angus MacNeil is among those in the SNP arguing that a majority win in next year’s Scottish Parliament election should be taken as grounds to start negotiations with Westminster for Scotland to leave the UK.

But Wishart argued the party’s manifesto for the next Holyrood campaign must contain a “clear and unambiguous commitment to hold a referendum”, so it is “understood that a vote for the SNP is a vote for a referendum on independence”.

If the SNP wins a majority in 2021 and if the UK government then continues to reject its calls for a referendum, he said the party should then “be prepared to move beyond the Section 30 process”.

Writing in a blog post, Wishart said: “If the UK refuses to participate in an agreed referendum in the face of majority support and a clear democratic mandate, we must presume that they have decided to exempt themselves from their obligations and responsibilities as a partner in the union.

“We would then have the grounds to seek to secure our independence without their participation.

“This should involve a referendum designed in Scotland where a last invitation is offered to the UK to participate to put the case to remain in the union.

He said the Scottish government should at the same time set out its intention for an independent Scotland to join the EU, saying it should “concurrently start the equivalent of an accession process”.

Wishart added: “Where there is no provision in the EU rules to allow for this we should express our intention to rejoin and seek their approval and participation in designing a process to achieve that outcome.

“We would say to the EU that the UK is refusing our democratic right as a nation to be part of the EU and we should do all we can to keep Scotland aligned with EU regulations.

“Beyond that, we should be looking at withdrawing from the apparatus of the UK state and starting to informally acquire the responsibilities currently exercised by the UK.

“This could start by withdrawing from the inter-governmental infrastructure determining the management of the four nations of the UK. This could be escalated up to and including the participation in institutions of the UK Parliament.”