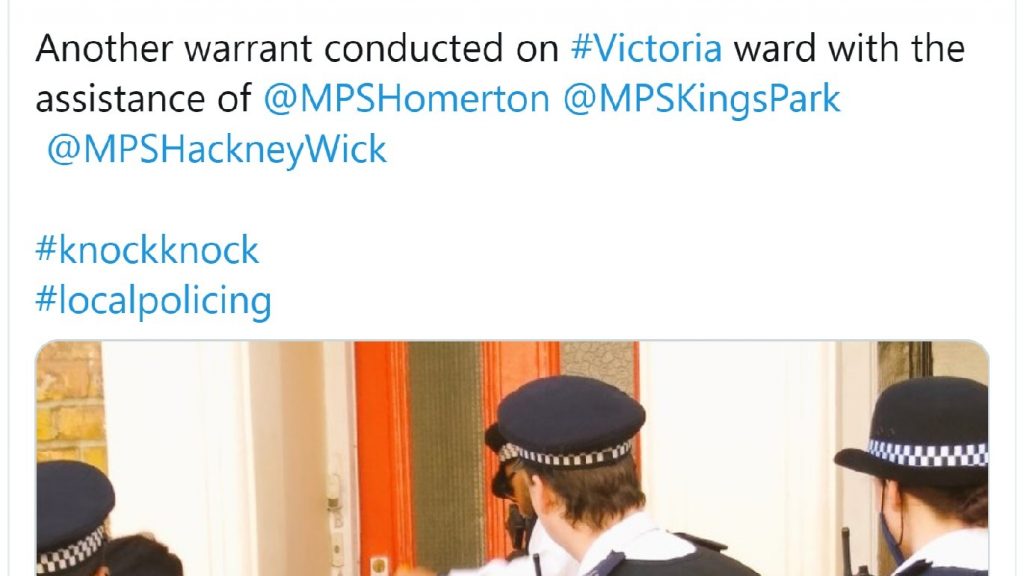 An officer has been warned after tweeting from a police account that “kicking down doors is probably one of our favourite things to do”.

The tweet, which was deleted a short time afterwards, came from the Homerton branch of the Metropolitan Police and showed officers using a battering ram to break down a door.

“The officer who tweeted this has been given words of advice and the Professional Standards Unit have been made aware. The tweet has now been deleted.”

Social media users were quick to condemn the tweet, with Guardian columnist Owen Jones posting: “Really great tweet to send if you want to sound like a bunch of unhinged gangsters, @MPSHomerton! (And yes, this is real)”

A fellow social media user responded: “As a Homerton resident, I find this now-deleted tweet very disturbing. This is why defunding the police and ring-fencing policing budgets for local services is needed.”

Another complained that the message was “sinister”, adding: “As someone who lives in Homerton it makes me feel terrified.”