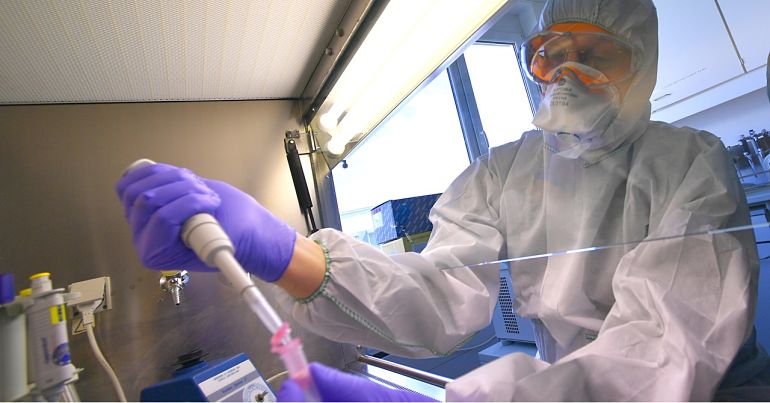 Just 15% of the public supports the involvement of private companies like Serco in the coronavirus (Covid-19) test and trace programme.

Polling company Survation conducted the research of behalf of We Own It, a group that campaigns for public ownership of public services. On 24 and 25 June, over 2,000 people were asked the question:

Contract tracing refers to the identification of people who have recently come into close contact with someone who has tested positive for coronavirus. The contract tracing programme is intended to help us get out of lockdown safely. Which of the following do you think should carry out contact tracing in the UK?

In a press release seen by The Canary, We Own It pointed out that having the programme “managed and delivered in the public sector – with local councils, GPs and other health teams involved” is already the case in Wales. This solution gained the support of two thirds of poll respondents.

Boris Johnson and his government proposed that England would be able to clamber out of lockdown thanks to a ‘world beating’ test and trace programme. The government engaged private companies Serco and Sitel to manage much of this system. The New York Times described the procurement process as “secretive” and valued the contract at £108m.

But the privately run part of the programme has faced allegations of wastefulness. Professor Chris Ham said:

Recent statistics show that in its first three weeks of operation, NHS Test and Trace reached around 113,925 people who were in contact with those who tested positive, of whom around 90 per cent were traced by Public Health England and local health protection teams.

The remainder—amounting to just 12,247 people—were reached by the national telephone-based service run by Serco and Sitel, which employs around 25,000 staff. This raises serious questions about value for money in the use of public resources in a contract reported to be worth up to £108 million.

And there were reports of tracing staff sitting idle throughout entire shifts.

Meanwhile, the Independent SAGE group of public health scientists said it was “extremely concerned” that the system “is picking up contacts from only 25% of estimated symptomatic infections”. It highlighted the period from 28 May to 3 June. During this time, it said, there were around 23,000 new cases of coronavirus. But of these, only 8,117 were referred for contact tracing and only 5,407 were actually reached.

Both Professor Ham and the British Medical Association said it was vital that local public health authorities were allowed to take the lead in tackling the disease.

“The public are still at huge risk”

We Own It’s campaigns officer Pascale Robinson said of the poll’s findings:

As we’ve seen with the tightening of lockdown in Leicester – the public are still at huge risk due to the coronavirus pandemic. If we’re to get out of lockdown safely, to see friends and family, and hug our loved ones again we need an effective track and trace programme.

The way to deliver this is with local public health teams and local health services – the people who’ve got the experience of doing contact tracing – in charge. That would be a system the public could have faith in, and that would deliver the coherent response we desperately need.

The public understand this – and it’s time for the government to listen.

We Own It also pointed to polling data suggesting a low public opinion of Serco itself:

Survation also asked members of the public who had heard of Serco what words best described the company. 44% of people believe them to be “inefficient”, 49% deemed them “wasteful” and 46% “untrustworthy”.

This comes after an earlier poll from Survation found that nearly half of the public don’t have confidence in Serco to manage its contract to run track and trace effectively, and 40% of the public are less likely to take part in the programme as a result of it being managed by a private outsourcing company.

The reaction from both the public and an array of experts suggests that handing such important work to the likes of Serco is leading to waste, mistrust and poor results. This is vital public work that should be dealt with by public bodies.