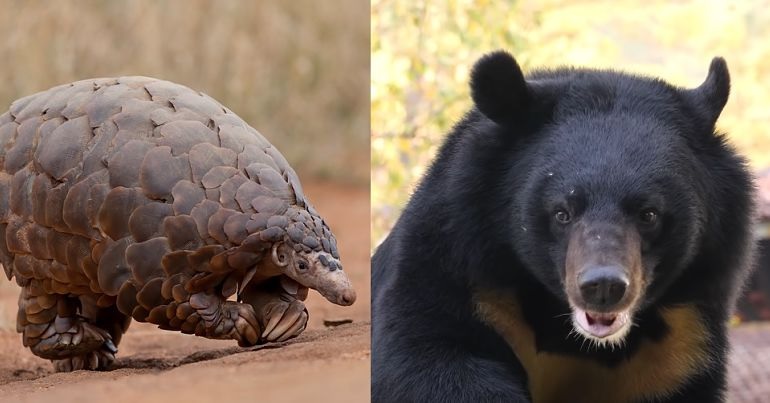 China’s reforms on the consumption of wildlife have been in the headlines a lot recently. In early June, news reports claimed it had given pangolins the “highest level of protection”. Shortly after that, numerous outlets parroted the revelation that China had supposedly removed pangolin scales from its list of approved ingredients for Traditional Chinese Medicine (TCM).

However, the Environmental Investigation Agency (EIA) has since looked behind those sensational headlines and found a very different reality.

The news reports regarding China’s change of listing relate to its 2020 pharmacopoeia, a compendium of approved medicines. As the EIA pointed out, media outlets essentially interpreted the change as a ‘ban’ on pangolin scales. But after securing a copy of the 2020 pharmacopoeia, the EIA confirmed that:

while pangolin has been removed from a section listing key TCM ingredients, it is still included as an ingredient in patent medicines – meaning the Government continues to legitimise and promote the medicinal use of pangolin scales.

That’s not all the EIA discovered, either. As it revealed back in March, one of the TCMs that China’s National Health Commission recommended for treatment of coronavirus (Covid-19) was “Tan Re Qing” (Tanreqing) injections. As The Canary reported at the time, according to one 2017 study, Tanreqing is:

So the commission was recommending a medicine containing “bear gall powder” – commonly referred to as bear bile – for the treatment of coronavirus. Three months later, the EIA reports that Tanreqing:

is now being touted as part of an official COVID-19 treatment plan released on 14 June by the Beijing Administration of Traditional Chinese Medicine, which provides guidance for medical institutions in the municipality on treatments using TCM.

Although historically extracted from wild, killed bears, bear bile is often now obtained on farms. The practice causes “unimaginable suffering” to bears, according to charity Animals Asia. It explains:

A number of techniques exist, all of which are particularly gruesome… each involves bears being kept in tiny cages. Extraction methods [of bear bile from the animal’s gall bladder] range from “free drip” where the bear suffers a hole in their gall bladder, to the insertion of permanent catheters…

Bears literally grow up in tiny cages to the point where their bodies have contorted to fit the bars. Most have few teeth left due to literally trying to chew their way out.

The most trafficked mammal on earth

Meanwhile, it’s widely acknowledged that pangolins are the most trafficked mammal on Earth. There are eight species of pangolin in all, four in Asia and the rest in Africa. Some species of pangolin are critically endangered, others endangered, and the remainder are vulnerable, according to the International Union for Conservation of Nature (IUCN). As the National Geographic reported:

Pangolins look like scaly armadillos, but they’re more closely related to bears and dogs. They constitute their own taxonomic order, and if they disappear, there’ll be nothing like them left on Earth.

Given the scale of the trade in pangolins, they could very well disappear from the Earth, too. Although people kill some of them for bushmeat, the vast majority meet their end to supply Asia’s traditional medicine trade. According to the National Geographic:

Every year Chinese provinces collectively issue approvals for [pharmaceutical] companies to use an average 29 tons of the scales, which roughly represents 73,000 individual pangolins.

In theory, these scales are meant to come from a decades old stockpile in China and a small amount – 16 tons – of legal imports between 1994 and 2014. But Traffic, an organisation that monitors the wildlife trade, estimated that a million pangolins were poached between 2000 and 2013. Most of them ended up in shipments headed to China.

A threat to us all

So China’s continued sanctioning of bear bile and pangolin parts in TCM is not only ensuring continued cruelty towards animals, but risking the extinction of certain species. What’s more, the wildlife trade is the probable culprit in the spread of coronavirus. In fact, zoonotic diseases – illnesses that spread from other animals to humans – are also thought to be behind previous epidemics, such as Severe Acute Respiratory Syndrome (SARS) and Middle East respiratory syndrome coronavirus (MERS).

The cruel, reckless way humans have come to use other animals is then a threat to us all – not only in relation to pandemics, but the climate crisis, too. Humans everywhere need to seriously revise their relationship with other lifeforms. But right now, all we’re doing is window dressing, even as the world reels from a devastating pandemic. We must do better.