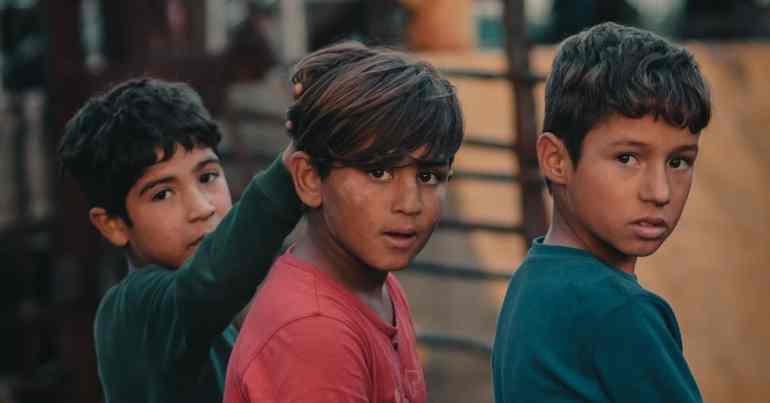 The children’s commissioner for England Anne Longfield has warned that if the government fails to take urgent action, one in three children will be living in poverty by 2024. According to the commissioner, child poverty will continue to rise “unless the Government commits to a bold, broad response”.

Millions of children living in poverty

Today, in one of the richest countries in the world, 4.2m children are living in poverty. Even before the coronavirus (Covid-19) pandemic, children were the most likely age group to live in poverty. In spite of this, the Tories’ 2019 manifesto was “predicted to create a rise in child poverty to the highest levels on record”.

The coronavirus pandemic has exacerbated England’s longstanding issue of child poverty. Many parents have lost employment, seen their income reduced, or lost childcare support networks. As a result, we could see even more children pushed into poverty. And BAME children, disabled children, children in single parent families, and children in migrant families are set to be some of the worst affected. As of April 2020, 350,000 children in England are living in a household where someone has had to “skip a meal in the last week”. Moreover, the Trussell Trust has seen a 107% increase in the number of emergency food parcels given to children since last year.

Some of the stories I hear from families and children wouldn’t be out of place in a 19th century Dickens novel. From the children whose parents won’t let them go to school because they couldn’t afford to self-isolate if their child got Covid, to the children who spent lockdown waiting on the doorstep for their school to deliver lunch – the only meal of the day. Or the schools desperately trying to raise 50p per child to provide a morning bagel, knowing they can use the leftovers to feed Mum.

England’s child poverty crisis must be seen in the context of broader issues. These include the government’s campaign of austerity, deep-rooted inequalities experienced by BAME and migrant communities, and the economic impact of Brexit. As evidenced by the government’s vote against hungry children over Easter, and the distribution of demeaning food parcels, supporting the country’s most vulnerable children is far from the top of the government’s priority list.

It’s scandalous that one of the world’s richest countries continues to see numbers of children living in poverty rising each year. The Covid pandemic has brought this long-standing issue into the spotlight and it is vital the government does not ignore the crisis any longer.

We know poverty has a devastating impact on children’s futures. Yet years of under-investment in education, social security, children’s services and mental health services has meant support mechanisms, designed to help families, are buckling under financial pressures at the same time as experiencing a rise in demand.

The government must act now

Children’s rights leaders have highlighted a number of changes the government can and should introduce to help reduce England’s galling child poverty crisis. The Children’s Society recommends that all families who receive Universal Credit – as well as low-income migrant families with no recourse to public funds – should be eligible for free school meals. Russell added:

We also recommend ending the benefit cap, increasing the child element of universal credit or increasing child benefit by £10 a week as well as huge investment in children’s services and local welfare schemes to ensure families have somewhere to turn in times of crisis.

The government’s shameful failure to support families in need has damaged the wellbeing and life chances of millions of children. It must act now to ensure that we don’t see further devastating, far-reaching consequences for future generations. It will take a radical and coherent cross-governmental response to give vulnerable children the help they need, and to stop the rise and rise of child poverty. The government should be working towards sustainable, long-term changes to eradicate child poverty in England. And support for vulnerable children and families must move to the very top of the government’s agenda immediately.