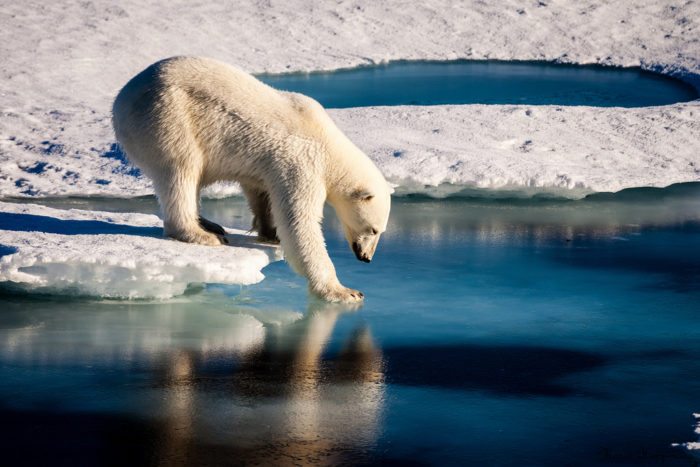 Campaigners have filed a lawsuit against Norway over plans to drill for oil in the Arctic.

An alliance including youth groups, indigenous activists and Greenpeace maintains that this decision to open up the Barents Sea – located off the northern coasts of Norway – for oil exploration violates Norway’s constitution. Article 112 gives the people of Norway a legal right to a healthy, diverse and productive climate and environment. The Norwegian government must do everything in its power to guarantee this right.

Norway remains one of the very few countries that makes legal provisions for unborn citizens, which shows how central the environment is in the constitution’s scope of concern.

But the Norwegian government stands accused of betraying its constitution by handing out licenses to 13 oil companies, allowing exploratory wells to be opened in the Barents Sea. These plans could see Conservative Prime Minister Erna Solberg appear before an Oslo city court.

Signing an international climate agreement while throwing open the door to Arctic oil drilling is a dangerous act of hypocrisy. By allowing oil companies to drill in the Arctic, Norway risks undermining global efforts to address climate change.

The charges of hypocrisy are based not just on Article 112, but also on Norway’s eco-friendly projects. These include the country’s pledge to be climate neutral by 2030, its reliance on hydropower, and its plans to ban petrol-powered cars by 2025.

If accusations of a constitutional U-turn and hypocrisy don’t degrade the country’s reputation as a green role model, its threat to a vital climate agreement might.

When will the Paris climate deal be taken seriously?

The alliance bringing this case to court claims that by opening up wells in the Arctic in 2017, Norway threatens the Paris climate agreement’s goal of keeping global warming to 1.5C.

Norway is not the first country to turn its back on the objectives of this historic deal. The UN has criticised the UK and Germany for backtracking on the spirit of the deal by subsidising the fossil fuel industry rather than renewable energy. Indeed, the UK has delayed ratifying the deal, while the US and China jointly did so.

But there are no penalties, except public shaming, for countries that don’t meet their commitments to reduce greenhouse gas emissions.

Given that the deal is not enough to avoid dangerous climate change – just the most catastrophic outcomes – betraying the deal is extremely irresponsible. And Norway will have a lot to answer for if it’s to regain its green role model status.

– Check out more stories from The Canary on environmental issues