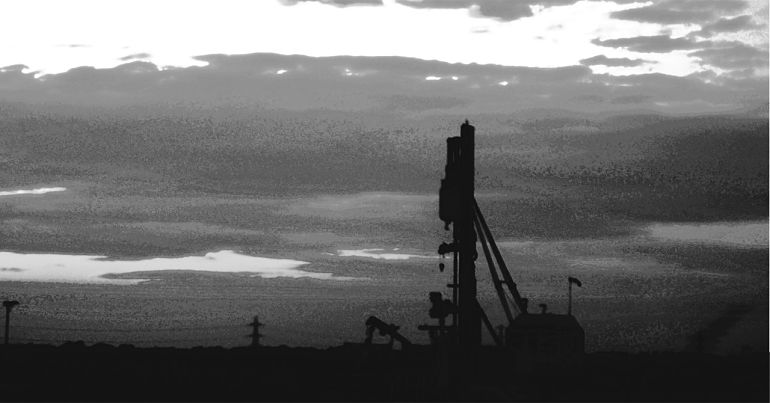 Residents in a Derbyshire village will face ‘harm to living conditions’ after a potential fracking project has been given the green light [pdf, p.2]. Lee Rowley, Conservative MP for North East Derbyshire, tweeted he was “extremely disappointed”, stating the decision was “simply wrong”:

Extremely disappointed that the Planning Inspector has allowed drilling to go ahead at Bramleymoor Lane. This decision is simply wrong. I know residents will be hugely disappointed and I share that disappointment; will review the detail properly & come back later today

Chemicals company INEOS has gained planning permission to install a 60-metre-tall drill on the site near Marsh Lane, Eckington. The drill will be used to search for shale gas deposits in the area.

An inquiry into the potential project saw the council oppose the fracking plans, voting against the proposals by nine to one. The council argued that the project would affect the openness of the green belt; heavy vehicles would impact the rural roads, and night-time noise would disrupt locals. However, after successfully appealing to the Planning Inspectorate, INEOS has been given the green light. Planning inspector Elizabeth Hill supported the appeal, despite admitting: “there would be slight harm in terms of the living conditions of neighbouring occupiers, in terms of night-time noise, to which I give limited weight”

Following this admission, she continued by saying:

However, this would not outweigh the benefits of the exploration in terms of its potential to improve resources for energy supplies to which I give substantial weight. On all other matters I consider that the impact is neutral overall.

Local residents and public officials have expressed their disappointment in the decision. David Kesteven, chair of Eckington Against Fracking, stated:

I can’t tell you how saddened I am by today’s decision. I’d like to thank all the committee and everyone who comes to the public meetings and all the other anti-fracking groups for all their support. I’m sorry that we couldn’t stop them at this stage.

But we will stop them. Fracking has no future and they will not drill at Marsh Lane

Parents of local schoolchildren joined in venting their frustrations. They went as far as saying they would remove their children from the local school should the plans go ahead.

– Read our other articles about Fracking.