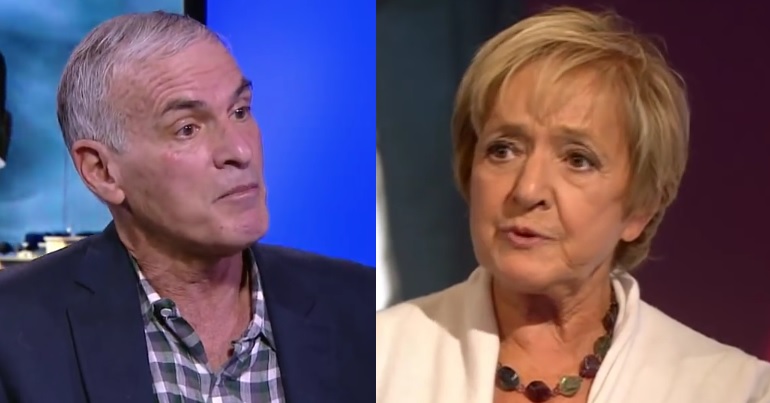 The high-profile son of Holocaust survivors has responded to Margaret Hodge’s likening of Labour disciplinary procedures to Nazi Germany.

Renowned scholar Norman Finkelstein called out the Labour MP for having “the gall, the brass, the audacity” to compare her life to that of his parents. And he said that, if the Labour Party’s new rules have “any meaning whatsoever”, then Hodges should be “booted out” first.

Hodge made the comparison during an interview with Sky News. She faced disciplinary action after reportedly calling her party’s leader a “fucking antisemite and racist” on 17 July. Labour has now dropped the investigation into her behaviour.

In the Sky News interview, Hodge talked about the disciplinary action, saying it made her think about “what it felt like to be a Jew in Germany in the 30s”. She told the media outlet that, during the investigation, “it felt almost as if they were coming for me”. And she also said the episode reminded her of what her dad – who fled Nazi Germany – told her:

You’ve got to keep a packed suitcase at the door Margaret, in case you ever have got to leave in a hurry.

Finkelstein is a well-known scholar, particularly on the Israel-Palestine conflict. His parents lived through Nazi Germany. And he has now spoken out about Hodge’s comparison of her party with Hitler’s regime.

My parents, both of them, were in the Warsaw Ghetto… they were deported… my parents ended up in Auschwitz, and Majdanek, and slave labour camps.

Finkelstein argued that Hodge “hasn’t a clue what it means to talk about deportations”. He asked the Labour MP:

Do you know the suffering? Do you know the death? My mother used to talk about how she walked the streets of the ghetto and there were dead bodies all around her… Where are you going, Ms Hodge? To Switzerland? To your chalet?

In short, the leading academic had the same reaction to Hodge’s comparison as many others. He viewed it as completely unreasonable.

But Finkelstein doesn’t appear to see it as just unreasonable. He suggests it should fall foul of Labour’s rules on behaviour in such matters. He said:

The Labour Party has drafted a code of conduct on antisemitism recently which governs what is acceptable language and behaviour in this sort of case. In fact, Hodge called Jeremy Corbyn a “fucking antisemite and racist” because she doesn’t think the recently devised code is strict enough.

But Finkelstein appears to be arguing that Hodge falls foul of these rules. If the Jewish scholar is right, the party may have to suspend Hodge because of the very same rules she wants made more restrictive.

What a twist that would be.