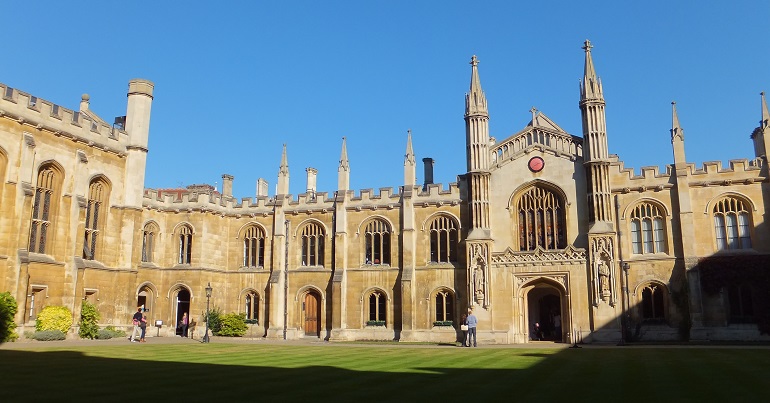 A major scandal has hit Cambridge university, concerning its links to the fossil fuel industry. Revelations in the Guardian show the university was offered significant donations from two fossil fuel companies.

Cambridge discussed these donations while it was deciding whether or not to end its investments in the fossil fuel industry. The university decided to keep its investments.

According to the Guardian, the donations amounted to more than £20m. One offered donation was of £20m and came from mining and petroleum company BHP Billiton. This donation was eventually withdrawn. Oil giant BP made the second donation, of £2m.

This has sparked substantial criticism from MPs and campaigners.

Key figures at Cambridge were aware of the offered donations, including those involved in deciding against ending its investments in fossil fuels.

Other members of the working group have stated that neither individual had declared a conflict of interest. Alice Guillaume, who sits on the group, said:

The fact that these donations were even on the table was not disclosed to the working group at any stage. I was completely unaware that they were taking place… I am shocked by the news and now seriously doubt the integrity of the process as a whole.

But the links between Cambridge and fossil fuels don’t stop there. It has also emerged that key members of Cambridge senior management have ties to the industry.

Of the 14 members of Cambridge’s finance committee, six either work or have worked for fossil fuel companies. They are:

These revelations have led to heavy criticism for Cambridge.

In a press release seen by The Canary, Labour MP for Cambridge Daniel Zeichner said:

I, and many others, have argued strongly that the University of Cambridge should divest from fossil fuels. It is well-known that major fossil fuel companies fund research in Universities and make donations, risking the charge that they wield inappropriate influence. To avoid that, it is essential that those making key decisions do not themselves have a conflict of interest, and I urge the University to ensure that this is the case.

That one of the country’s most elite educational institutions is taking oil money rather than acting on climate change demands urgent inquiry. They must be held to account and listen to their students and staff in divesting from fossil fuels immediately.

The distinct monetary influence that the oil industry is allowed to exert on the democratic decision-making bodies of this University behind closed doors is distressing. As a student I trust that the appreciation of scientific research goes hand-in-hand with transparency of financial actions at this institution which is, and should remain, an academic one above all.

The Canary contacted Cambridge university for comment. A spokesperson told us:

The University of Cambridge Council created a Divestment Working Group (DWG) in 2017 to hear from all sides of the debate. The DWG recommended in April 2018 that the University should implement a policy of considered divestment. This policy was accepted by Council whose members are the trustees of the University. The policy is being implemented. The DWG was an open and democratic process involving a wide range of members from the University who declared their interests.

The allegation made is wrong. The £20 million donation offer from BHP was part of a project proposal from the University of Cambridge and other potential partners to the Government’s UK Research Partnership Investment Fund to provide laboratory, interaction, new teaching and learning spaces for Earth Sciences to help it tackle climate change.

There was no other BHP money proposed. The project application to Government was unsuccessful and BHP withdrew their funding offer. The suggestion this influenced the DWG is untrue.

The Canary also approached the members of the finance committee named above. At the time of publication, none had responded to our request for comment.

These revelations come as a campaign for fossil fuel divestment continues at Cambridge University. According to student campaign network People & Planet, the university has over £377m invested in fossil fuel companies. And student campaigners are pushing for those investments to end.

In 2018, students occupied a key university building in protest at the university ‘profiting from climate catastrophe’. And earlier that year, they disrupted the Oxford and Cambridge boat race to place pressure on Cambridge to cut its ties with fossil fuels.

This campaign is part of a wider movement. At the latest count, 69 UK universities have committed to divest from fossil fuels. This amounts to £11bn being taken out of the industry.