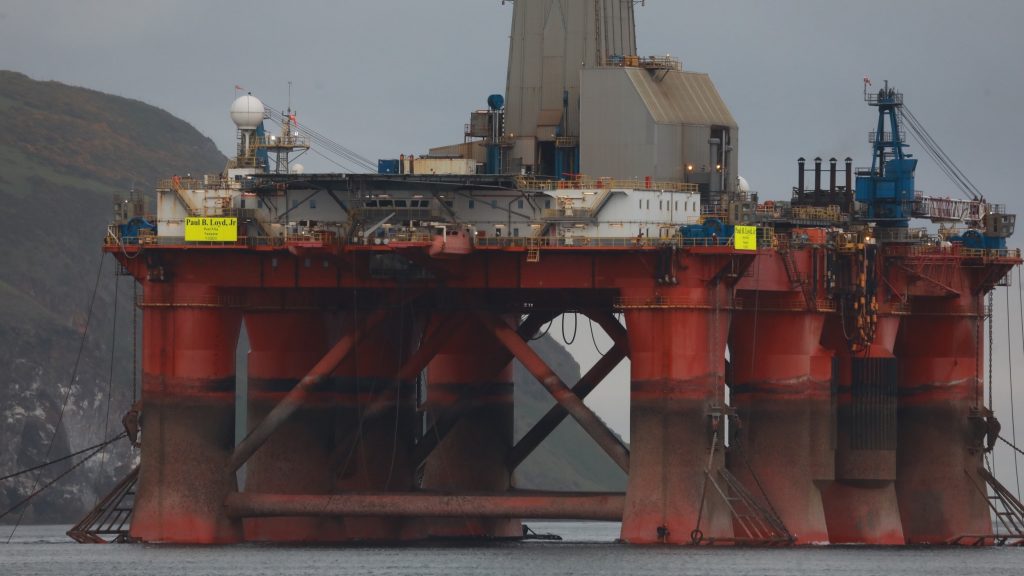 Greenpeace said its activists remain in their position on an oil rig which was being towed out to sea, despite police attempts to remove them.

Campaigners from the environmental organisation have been occupying the rig in the Cromarty Firth, near Inverness, since Sunday evening.

They are calling on BP to stop drilling for oil and hope to stop the drilling rig from reaching the Vorlich oil field, where it is believed to be trying to extract up to 30 million barrels of oil.

Greenpeace said that on Thursday a police helicopter was seen landing on the rig’s helideck, dropping off a group of police officers in climbing gear.

The organisation said that rig operators then started lowering the structure into the sea to bring the climbers closer to the water’s edge.

Greenpeace said that two police boats then approached the rig while police climbers approached the activists from above and removed a banner reading “climate emergency” from the gantry.

The activists are occupying a gantry on a leg of the 27,000-tonne rig below the main deck.

Responding to the protest earlier in the week, BP said:

We share the protesters’ concerns about the climate. We support the Paris agreement. And we are working every day to advance the world’s transition to a low-carbon future.

Activists like BP or Not BP? disagree. It has previously insisted:

BP’s extractive business model represents a kind of modern-day colonialism… We refuse to accept the linked injustices of extractivism, colonialism, and climate change.

It has also reminded people that:

Just a few months before the invasion and occupation of Iraq, BP lobbied the British government to help the company access Iraq’s immense oil reserves.