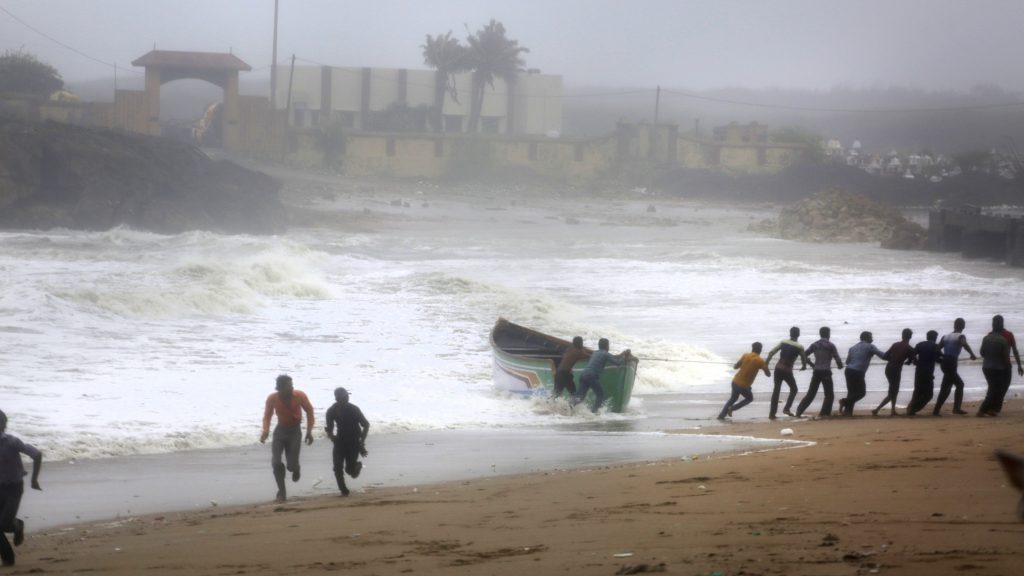 Authorities have evacuated nearly 300,000 people from India’s western coastline ahead of a very severe cyclone that is expected to make landfall on Thursday as the year’s second major storm.

The India Meteorological Department said Cyclone Vayu, named after the Hindi word for wind, could possibly just scrape by the western state of Gujarat instead of hitting it head on in the afternoon before returning to sea.

In Veraval, a hub of India’s fishing industry where Vayu was expected to make landfall, heavy wind and rain battered the beaches.

Fishing boats were splintered by huge waves crashing on to shore.

Gale winds up to 180 kilometres (112 miles) per hour and rough sea conditions could last up to 12 hours in the cyclone’s wake as it moves west towards Pakistan.