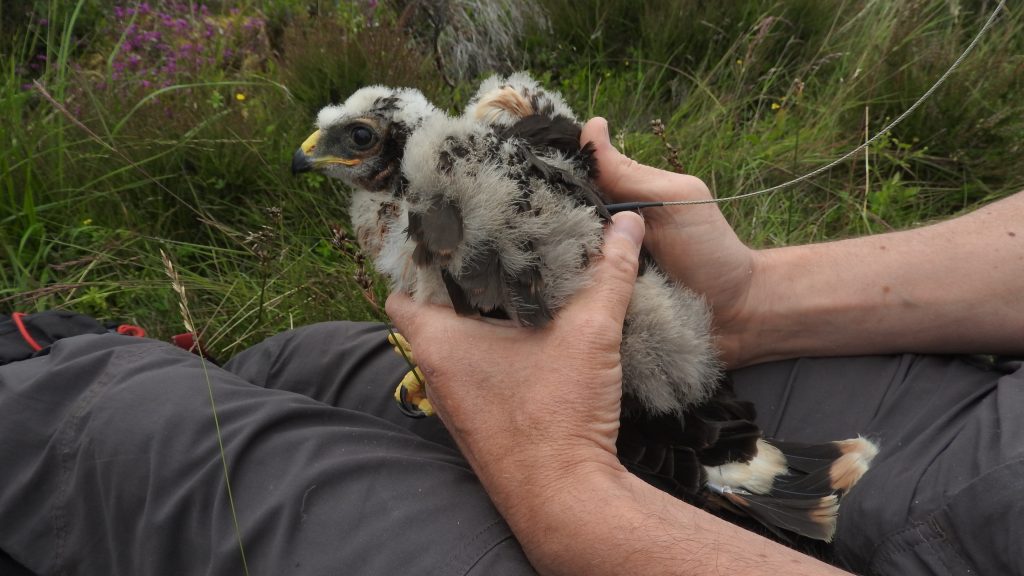 A tagged hen harrier endured “significant unnecessary suffering” before it died in an illegal trap, a report has found.

RSPB Scotland staff found the remains of the young female, named Rannoch, caught in a spring trap in Perthshire that had been set in the open, which is not permitted by law.

Her body was delivered to Scotland’s Rural College (SRUC) veterinary laboratory for a post-mortem and police were informed.

Officers are now investigating the death.

A police spokesman said: “Police Scotland can confirm it has received a report regarding a hen harrier having been caught in a spring trap in an area of land between Aberfeldy and Glenalmond, and an investigation into the circumstances is ongoing.”

The post-mortem report from the SRUC veterinary laboratory said: “The bird was trapped by the left leg in a spring trap at time of death.

“Death will have been due to a combination of shock and blood loss if it died quickly or to exposure and dehydration/starvation if it died slowly.

“Either way the bird will have experienced significant unnecessary suffering.”

Rannoch was one of two chicks which fledged from a Perthshire nest in an area owned and managed by Forestry and Land Scotland in July 2017.

RSPB Scotland followed her tag data movements closely until November 10 last year when she stopped moving in an area of moorland between Aberfeldy and Crieff.

The solar-powered tag battery drained before accurate location data could be gathered allowing her to be found, but as the battery recharged in the sunlight in May 2019 enough information was provided to find her remains.

Dr Cathleen Thomas, project manager for the RSPB’s Hen Harrier LIFE project, said: “We are absolutely devastated that Rannoch has been a victim of crime, the life of this beautiful bird was cut short in the most horrific way due to human actions.

“Satellite tagging has revealed the amazing journeys made by hen harriers but also uncovers how their journeys end.”

She added: “In terms of their population size, hen harriers are the most persecuted bird of prey in the UK, and their population is now perilously low, so every loss we suffer impacts the continued survival of the species.”

“Together, we would appeal for anyone with information on this incident to make it available to Police Scotland as soon as possible.

“We believe this incident has occurred close to the boundary between two estates.

“The estates take their animal welfare obligations very seriously and have conducted their own investigations.

“Staff have been adamant they were not involved.”

She added: “Both estates use legal traps in vermin control and there are very well-established procedures on how traps are set and staff are fully trained.

“The hen harrier was found close to a well used road and the estates are very concerned about the possibility of outside interference and have been aware of people filming around the estate without permission or engaging with them.”

They called for the satellite tag data and post-mortem report to be released in full.

A Scottish Gamekeepers Association spokesman said: “As an organisation, where there is proven criminality, we share the abhorrence felt when a bird of prey is illegally killed.”

He added: “The estates have made it clear they were not responsible for the setting of the trap.”