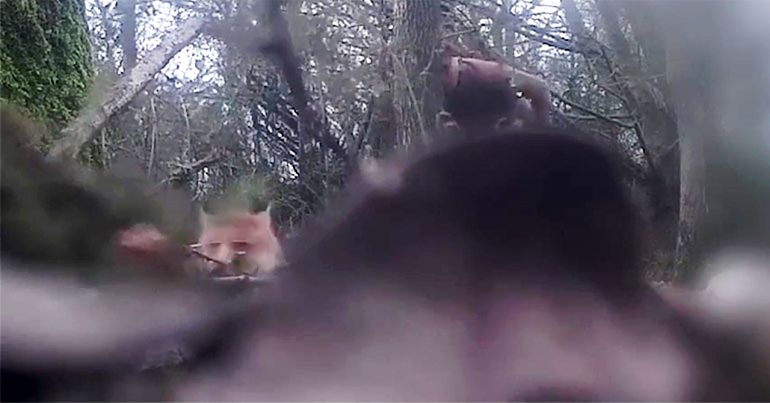 Unnecessary suffering to a protected animal

Thames Valley Police announced on 26 June that they are charging two men “in connection with an incident of hunting”. The force said it had charged Ian Parkinson and Mark Vincent with “causing unnecessary suffering to a protected animal”. The pair will appear at Oxford magistrates court on 23 July.

using draining rods to force the fox, that they’ve been holding captive, out of a drainage pipe then being thrown into the wood for hounds to chase. The terriermen can clearly be heard communicating with the huntsman agreeing when the best time is to release the fox which is given a brief head start so that the hunt riders experience a chase rather than a quick kill.

The footage was filmed at Moreton, Oxfordshire, where the Kimblewick Hunt had its New Year’s Day meet. At the time, the Countryside Alliance told The Canary:

All hunts should be operating within the law. There are exemptions to the Hunting Act, and other legal options, which can be used to cull foxes and most hunts still offer a fox control service. However unjustified the Hunting Act is it should be adhered to.

We’re pleased that Thames Valley Police have finally charged the suspects in this obvious case of animal cruelty. When we released the footage in January both the media and the general public were outraged by what we showed them and the Kimblewick Hunt were widely vilified. Once these two are found guilty we would expect the Kimblewick as a corporate entity to be taken to court as it’s clear these two were carrying out the commands of the hunt.