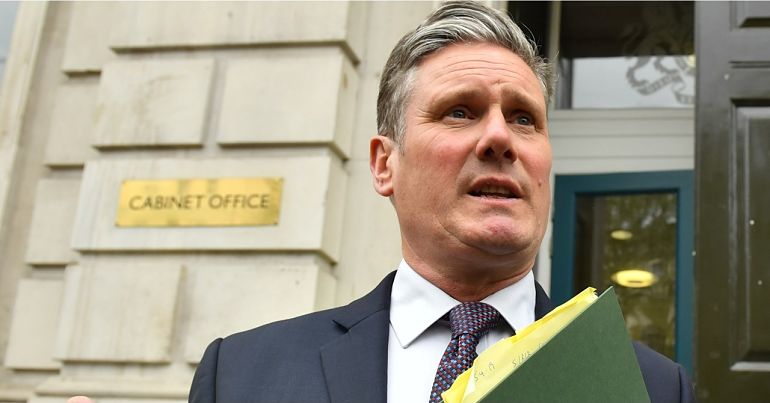 Brexit Secretary Steve Barclay has been urged to “set the record straight” on Boris Johnson’s claims about the EU withdrawal process.

Labour’s shadow Brexit secretary Sir Keir Starmer labelled the Tory leadership contender’s statements on exiting the EU “misleading” and “not based in reality”.

He has called on Barclay to clarify what is and is not possible in the negotiations, including on tariffs, the Irish border and a transition period.

Starmer wrote to Barclay ahead of Brexit questions in the House of Commons on Thursday, claiming the next PM is set to inherit the “biggest political crisis this country has faced in recent history”.

He told Barclay: “If we are to break the deadlock, the next prime minister will need to have a credible plan and be honest with the British public about the difficult choices ahead.

“However over recent days, Boris Johnson, who you are supporting in the Tory leadership contest, has made a number of misleading claims about the Withdrawal Agreement and about what can be achieved in the negotiations before October.”

Starmer listed five recent statements from Johnson, including that in a no-deal scenario the Gatt 24 agreement would avoid tariffs, that there could be a standstill transition without a withdrawal agreement, and that Parliament would support a no-deal in the first place.

He also criticised Johnson for claiming any technological solutions to the Irish border exist, and that he would be able to cherry-pick from the Withdrawal Agreement.

He said that as a supporter of Johnson’s campaign for Number 10, Barclay had “a duty to set the record straight” and present an “honest assessment of the difficult choices” facing the next PM.

He added: “If these claims are not corrected, then I believe the next administration will repeat the mistakes of its predecessor, with false promises, empty rhetoric and unrealistic red lines.”