Humpback whale spotted off the coast of Cornwall - Canary 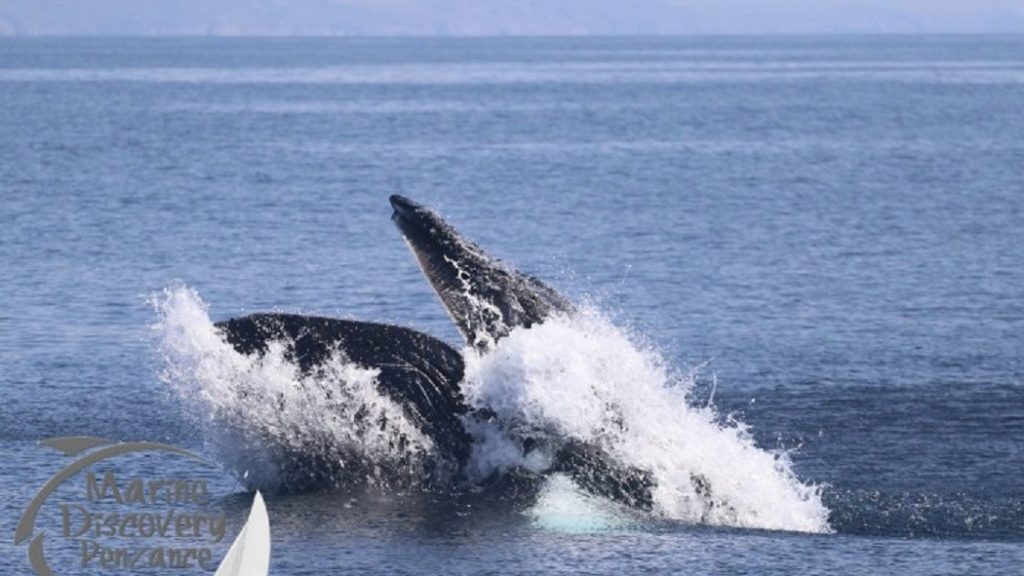 A humpback whale was seen off the coast of Cornwall over the weekend.

Hannah Jones, co-owner of Marine Discovery Penzance, noticed a swell in the water while out on a wildlife-spotting trip on Saturday morning.

She said: “We had already spotted seals, blue fin tuna, harbour porpoises and minke whales, so it had been a really successful trip. But it was such a clear day and I noticed a change in the water.

“So we motored over slowly and we saw the whale feeding.

“The mood on the boat was just speechless awe.”

The whale was feeding on fish approximately eight miles (13km) off the coast of Penzance.

At one point it swam underneath the boat.

As George Monbiot wrote in Feral, there was a time, not too long ago, when whales gathered in numbers around the UK coast. Now, although spotting humpback whales in British waters is not unusual, it’s fairly rare, Jones said.

She added: “They have been spotted more regularly in the last few years, but this was the first prolonged feeding activity we have seen on a trip.”