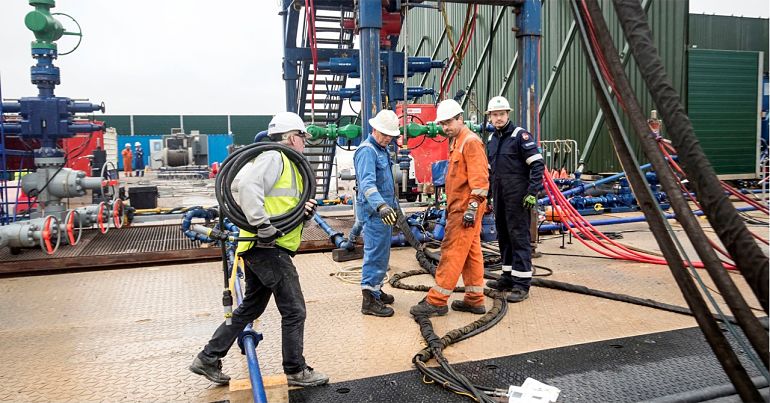 Fracking has stopped again at the UK’s only shale gas exploration site after a tremor, according to an energy firm.

Operations halted for 18 hours from Wednesday evening while Cuadrilla monitored the Preston New Road (PNR) site near Blackpool after what it called a “micro seismic event” with a local magnitude (ML) of 1.55. The same site also had to pause several times during a previous drilling phase in late 2018.

A spokesperson for the company claimed most people living near the site wouldn’t have noticed the tremor. He said it would have felt similar to someone dropping a large bag of shopping on the floor. “Minor movements of this level are to be expected and are way below anything that can cause harm or damage to anyone or their property,” he added.

The tremor was detected at 8.46pm on Wednesday, which was after the company had finished its fracking operations for the day. The Cuadrilla spokesperson added that the “integrity” of the PNR site has been confirmed by regulators.

Drill or Drop said there have been “54 seismic events” since PNR resumed operations on 15 August. It reported “local engineer, Michael Hill” as saying that the 1.6ML tremor was “more than ten times stronger than that allowed under the regulations”. He also claimed: “The 1.6ML event was strong enough to damage the well”.

Environmental campaign group Friends of the Earth claimed that in 60 days of fracking last year, there were 57 tremors in Lancashire.

It’s “obvious” that fracking can’t be carried out without triggering earthquakes, according to Jamie Peters, a campaigner for the organisation. He added: “Even small vibrations at ground level can be the sign of far more damaging impacts deep underground”.

The government has argued that the extraction of shale gas through fracking could support the UK’s transition to net zero greenhouse gas emissions. Recent research in the US has suggested the fracking industry there could have been “a major player” in the “massive” rise in global methane emissions.

The movement was stronger than a 1.5-magnitude tremor which halted work at the shale site in December. At the time, Cuadrilla claimed such a tremor would feel like “dropping a melon”:

Another Red Light for #fracking Cuadrilla today, with TEN earthquakes & no. 10 registering as a 1.5 magnitude. It was felt in Blackpool & dismissed by Cuadrilla’s PR as the “equivalent of dropping a melon”. Shabby #BanFracking #ToryTremors pic.twitter.com/Fnu1styZAT

Both of these are considered red events under the traffic light system for monitoring seismic events during fracking, and pausing work for 18 hours is the routine response for any tremor over 0.5.