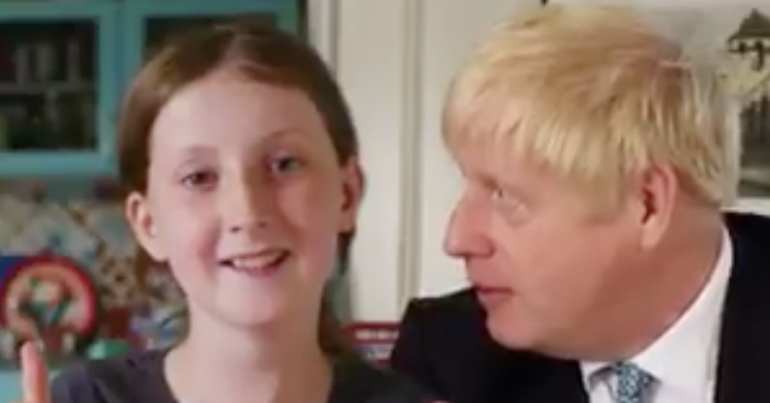 On 22 August, teenagers received the results of their GCSEs. So PM Boris Johnson marked the occasion by tweeting:

Good luck to all those receiving their GCSE results today. Nothing beats hard work and effort – and the greatest reward is knowing that you've done your best. #gcseresultsday2019

Hard work or part of the elite?

Many people suggested that Johnson’s position was not really gained through “hard work and effort” but by being part of the elite:

Being born a millionaire, going to Eton and Oxford, and being in the #BullingdonClub have helped you more than any hard work or effort you may have accidentally done.

Nothing that is except: being born into wealth, privilege and influence 👍

Other people pointed out that, in the case of Johnson, lying also helped:

Nothing beats hard work and effort. Except, in your case, lying.

The future? What future?

Meanwhile, other Twitter users reflected on what sort of future is on offer for children collecting their GCSE results:

And good luck if you go on to university, which comes with £50k debts that 83% of graduates will never be able to repay, thanks to the Tory tuition fee hike.

"Good luck to all those receiving their GCSE results today. You'll need it in the unequal society I'm building for you, because in spite of all your hard work & effort, it will count for bugger all."

Some people also pointed out that kids would be better off with some public services rather than just “good luck”:

For a lot of kids they could have done without “good luck” and instead have had access to:
decent mental health services, not had to live in shipping containers, had enough money for food let alone books…
If only we had a PM who could deliver such things…

Johnson, however, is getting an opportunity to see what GCSEs are really like, as one 12-year-old has enrolled him for a geography GSCE.

Nico signed Johnson up for the GCSE because:

We just had the hottest July ever on record.

And because of Johnson’s 2015 comments that:

global warming was just a primitive fear without foundation.

Nico also pointed out that, despite promises to tackle the climate crisis, Johnson has “almost always voted against measures to prevent it”.

So speculating that Johnson’s lack of understanding comes from a lack of knowledge, Nico has enrolled him for a geography GSCE. The video ends with a call for everyone to join the climate strike on 20 September:

Under the Conservative-led government, there have been cuts of £7bn to education since 2011. This has forced schools to cut essential services such as school counsellors, send begging letters to parents, and teach in leaky classrooms.

Meanwhile, austerity is stripping the country of public services and opportunities for young people. And this is all against the background of the climate crisis that the government appears to be wilfully ignoring.

Johnson tweeting that “nothing beats hard work” – when not only has the trajectory of his whole life been based on privilege, but he’s also been part of a government that has taken opportunities away from children – is disgraceful. Luckily, people weren’t fooled by his statement and schooled him with a healthy dose of reality.