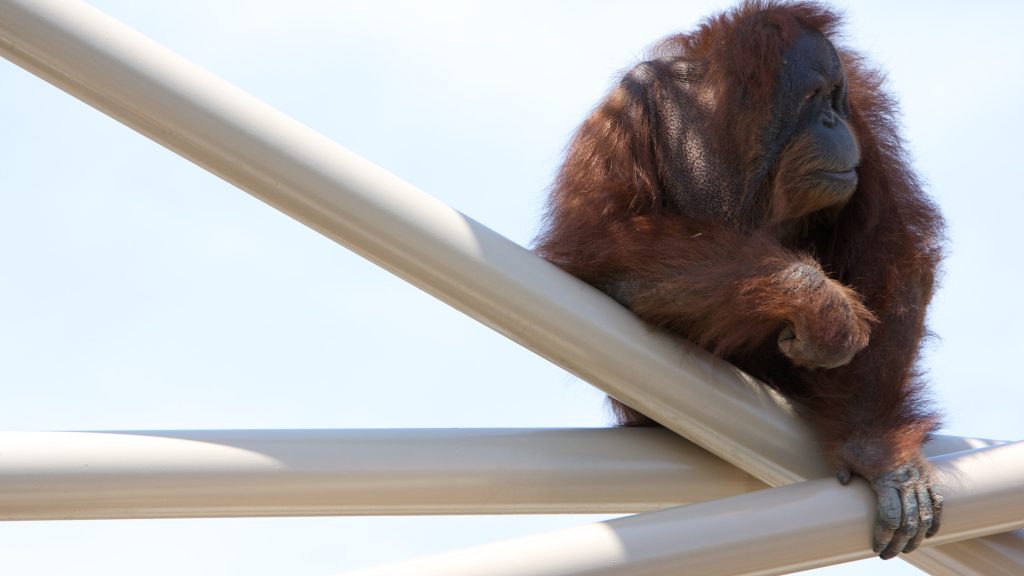 Orangutans can control their voice in a similar way to humans, with new research suggesting they may hold the key to how human speech evolved.

Scientists from the University of St Andrews and Indianapolis Zoo gathered a unique insight into the language similarities while studying great apes.

They worked alongside animal care staff at the zoo in the state of Indiana, home to one of the largest groups of orangutans in any American zoo, to analyse 11-year-old Rocky and 36-year-old Knobi.

Both orangutans were given a basic music instrument – a membranophone, such as a kazoo – and used their voice to play it with voluntary control over vocal folds.

Dr Adriano Lameira, from the School of Psychology and Neuroscience at the University of St Andrews, was lead researcher in the study.

“Great apes, our closest relatives, may hold the key to how language evolved in our lineage.

Rocky and Knobi were able to play the instrument to some level within minutes of being given it, with the researchers saying voice control in the creatures is only different from humans in degree – not kind.

“It also demonstrates that the abilities of orangutans, and likely all great apes, have been greatly underestimated.

“This new knowledge compels us to have a stronger conservation ethic at a time when all wild great ape populations face serious threats to their survival.”

The research, in collaboration with the University of Durham, has been published in Scientific Reports and is available to read online.