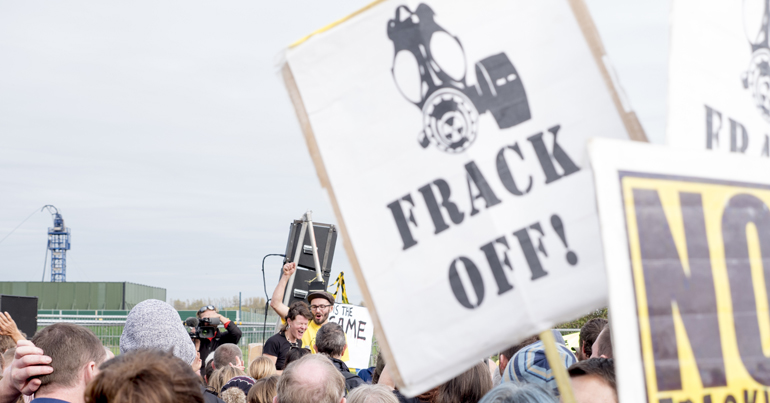 The controversial practice of fracking is under the spotlight again amid increasingly strong earthquakes in recent days. And after the strongest tremor yet on 26 August, the Labour Party issued an ultimatum to the Conservative government.

The largest earthquake yet

Early on Monday 26 August, there was a 2.9 magnitude earthquake at the Preston New Road fracking site in Lancashire. Any tremor over a magnitude of 0.5 requires a suspension in fracking operations. Indeed, a 2.3-magnitude quake in 2011 led to a stoppage of seven years.

this is the largest fracking-induced earthquake to have happened in the UK.

As a Frack Free Lancashire spokesperson stressed after the latest earthquake:

We call upon our local MPs to come off the fence and press for an immediate ban on fracking. We are sick of being treated as human guinea pigs.

On 27 August, shadow business secretary Rebecca Long-Bailey and shadow minister for climate justice and green jobs Danielle Rowley wrote to business secretary Andrea Leadsom. As a press release explained, their letter highlighted how a continuation of fracking operations is “inconsistent” with fighting against climate breakdown. And it ended with an ultimatum:

we are calling on you to immediately ban fracking, and the Labour Party will work with the Government to swiftly introduce legislation to that effect.

To justify this call, the shadow ministers highlighted how “developing a new fossil fuel source is certainly incompatible with reaching net zero emissions”. They also stressed that:

the Committee on Climate Change has concluded that fracking on a significant scale is not compatible with the UK’s climate change targets.

And they insisted that “fracking is not needed for energy security”.

Following the shocking 2.9 magnitude earthquake in Lancashire yesterday, @DaniRowley and I have written to Andrea Leadsom, calling on the Government to ban fracking immediately.

Labour Party leader Jeremy Corbyn, meanwhile, has recently made the fight for a ‘green industrial revolution‘ a core part of his campaigning. He’s also consistently called for a fracking ban. In fact, he travelled to Preston New Road on 30 July to meet protesters, saying:

Indeed, fracking is definitely not the future we need. We need radical change. We need a green industrial revolution. And the sooner the better.