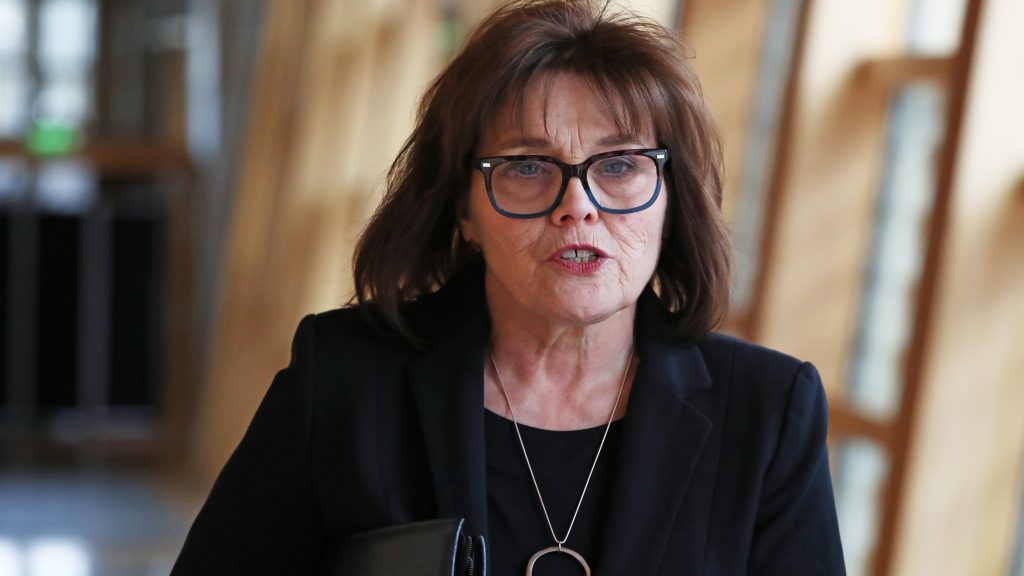 Scotland’s NHS has been formally placed on an emergency footing to help it deal with a “substantial and sustained” increase in coronavirus cases.

Health secretary Jeane Freeman revealed the move as she updated MSPs at Holyrood on the Covid-19 outbreak.

Speaking after first minister Nicola Sturgeon warned “the next weeks and possibly months will be immensely difficult”, the Health Secretary outlined some of the measures being implemented.

She also warned Scots more stringent steps might be needed to combat the spread of the virus – with both Freeman and the first minister describing the situation as “unprecedented”.

While 195 cases of Covid-19 have been diagnosed so far – with two deaths  among them – the health secretary told MSPs the true number of infections would be “substantially higher”.

Freeman said: “To respond to Covid-19 requires a swift, radical change in the way our NHS does its work.

“It is nothing short of the most rapid reconfiguration of our health service in its 71-year history.

“I am giving my instructions to NHS Scotland and the individual health boards to do all that is necessary to be ready to face a substantial and sustained increase in the cases of Covid-19.”

Freeman said while people were being asked to “take some truly unprecedented steps” to help combat the spread of the virus, she added: “Our goal is simple – to protect and save lives.

“I know we’ve asked a lot of the people of Scotland but in the weeks and months to come we may have to ask far more.”

The public has already been urged to avoid social contact where possible, staying away from pubs, restaurants, cinemas and theatres.

People with symptoms are being urged to stay at home for at least seven days, while those living with someone showing symptoms should stay in for two weeks.

Within the NHS, non-urgent elective operations are being suspended as it works to increase the number of beds available from the current capacity of 13,000 by about 3,000.

For those who have operations cancelled, she said patients would stay on a waiting list until it is “clinically appropriate” for scheduled operations to commence again.

The Scottish government is working with the private health sector to “utilise them to maximise available bed capacity”, Freeman added.

Meanwhile, contingency planning for the supply of oxygen has been put in place, with the health secretary also having set the target of reducing delayed discharges in the NHS – where patients have to remain in hospital despite being well enough to leave – by 400 by the end of March.

Freeman spoke after Sturgeon warned: “Scotland today, like countries across the world, faces an unprecedented challenge.

“Addressing it will involve the biggest peacetime action our nation has undertaken in our lifetimes.”

While she said Scotland was “not so far” proposing a blanket closure of schools, Sturgeon said this issue was being considered on a daily basis.

“The protection of children will always be our priority,” she told MSPs.

In addition, the Scottish government is “urgently considering what more we can do” to support business, she added, with further actions to be set out “as soon as possible”.

She told people that by following the advice from governments “we will all be helping to save lives”.