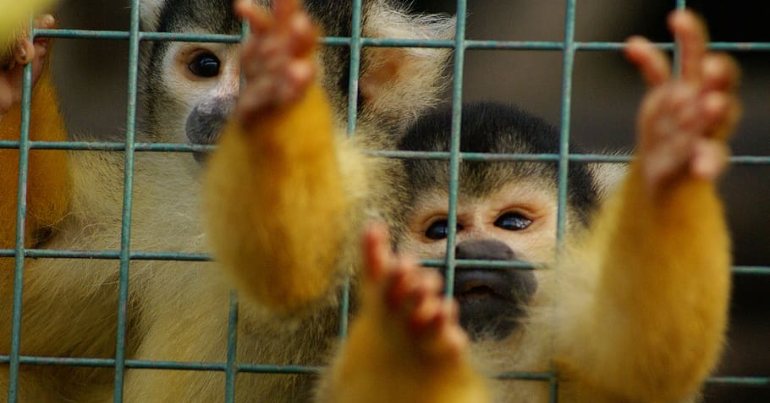 As The Canary has previously argued, the coronavirus (Covid-19) outbreak has prompted profound questions about how to reorganize human society in its aftermath. Now, a new report from a major US animal welfare organization has pointed out that we must also confront fundamental questions about humanity’s relationship with the animal world.

Time for a major rethink

On 14 May, the Humane Society of the United States released The animal connection: Policies to prevent another global health crisis, calling on governments and the wider public worldwide to “acknowledge the pressing need to change our relationship with animals”. The report noted that from the wildlife markets that may have caused the outbreak in the first place to slaughterhouses that have accelerated its spread, the pandemic has highlighted how “our uncaring attitudes and indifferent practices toward animals can have grave consequences for human health”.

It points out that although health experts “already agree that wildlife markets need to close wherever they exist”, we should not forget that “fur farms, puppy mills and factory farms are known breeding grounds for viruses and drug resistant bacteria too”. The report includes an 11-point plan of action to both enact reforms that will help prevent future outbreaks and reduce animal suffering in the process.

The proposals include shutting down not just wild animal markets but also a ban on the trade of wild animals more broadly and “close encounters with wild animals and their use in traveling shows”. The report also calls for an end to fur farming and the fur trade along with measures to reduce the confinement of farm animals.

To help promote the latter, it recommends reforming the global food industry so that it focuses more on the production of plant-based rather than animal-based protein sources. Other suggestions include calls to end the sale of dogs from puppy mills, an end to the dog and cat meat trade, and a global push to develop alternatives to animal testing.

The COVID-19 pandemic underscores the urgency of critical policy shifts and strong action at the intersection of animal protection and public health, within both domestic and international contexts. Like COVID-19, some 73% of emerging infectious diseases in humans are zoonotic, originating in animals. In addition, more than 58% of known infectious diseases affecting humans, like the rabies virus and Salmonella, are transmitted by animals. Together, zoonotic diseases account for billions of illnesses and millions of deaths across the globe. Their spread has direct connections to our use and misuse of animals, connections that should rise to the forefront of public policy discussions in the immediate future.

Read the full report here and a summary here.