The coronavirus pandemic might have a silver lining. People might wake up to what's really important. - Canary 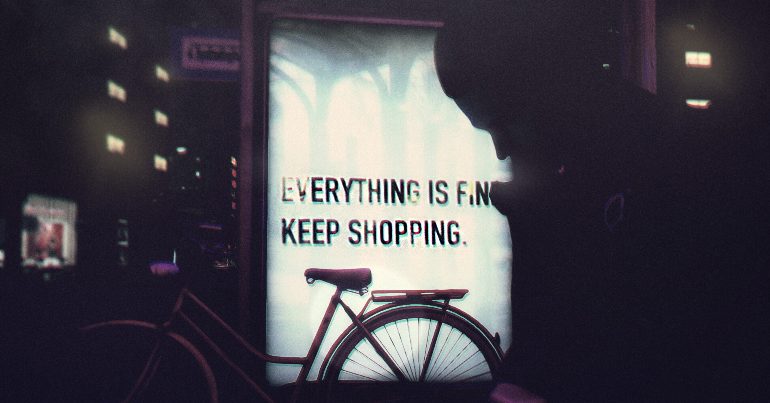 Government intervention to deal with the coronavirus (Covid-19) pandemic has exposed the right-wing lie that progressive reforms are ‘unaffordable’. But as the long-term consequences of the crisis have set in, it’s become increasingly clear that this could be just the beginning of a much larger switch. Because the resulting social and economic upheavals also raise two deep questions about the fundamental models upon which modern capitalism is built.

What jobs are really ‘essential’?

The first big question is: what jobs does society really need? Could it be that some are not only unnecessary but also harmful? And if so, could we just get rid of them? In the US healthcare industry, for example, private health insurance companies have ‘claims teams’ that determine whether the company will cover the cost of treatments for their policyholders. Such workers are even rewarded by their bosses for saving the company money by finding (often spurious) reasons for denying payment. Transitioning to a public system of universal care would eliminate this needless overhead and, in turn, lower healthcare costs.

Many jobs in the finance sector, meanwhile, are equally worthless. The 2007/8 financial crash, for instance, was caused in part by the bundling and trade of ‘subprime mortgage’ debt. And as The Canary has previously argued, financial markets increasingly resemble an imaginary world that bears no relation to actual production. This raises the question of whether jobs such as ‘stockbroker’, ‘currency trader’, or ‘speculator’ could simply be abolished.

And what about unnecessary consumption?

The second question is: what goods and services are really necessary for human wellbeing? Under present-day capitalism, could it be that human misery is explicable as much by overconsumption as by poverty and deprivation? And as with jobs, could we just get rid of (or at least reduce) some goods and services that do not promote human wellbeing in any way (or that actually promote human harm)?

There are countless products and services that we don’t need but advertisers keep telling us we can’t live without. Today, life has become increasingly impossible without digital technologies, for example, whose production is dominated by huge, unaccountable tech giants. And since no one ever really consented to the introduction of this technology in the first place, this ultimately highlights the fundamentally undemocratic nature of technological development under capitalism.

If many jobs are pointless and many goods and services are unnecessary, then that ultimately raises a follow-up question: why do they exist? Scholars across various disciplines have tried to answer this question. In his 2018 book Bullshit Jobs: A Theory, anthropologist David Graeber suggests that the existence of pointless jobs is part of a deliberate strategy by the ruling class to keep the masses occupied so that they won’t have the time or inclination to question (or, worse, organize to dismantle) the power structures of the status quo. He says:

The ruling class has figured out that a happy and productive population with free time on their hands is a mortal danger. …

If someone had designed a work regime perfectly suited to maintaining the power of finance capital, it’s hard to see how he or she could have done a better job.

In terms of consumption, meanwhile, economist Kozo Yamamura noted in his 2017 book Too Much Stuff: Capitalism in Crisis:

For firms [operating in our current economic system] to survive and succeed, they must constantly sell more necessary luxuries, no matter how unnecessary and wasteful they are. Planned obsolescence, changing fashions, making trivial functional changes and adopting many other “marketing strategies” to promote sales have become widely accepted practices. …

The purchase of necessary luxuries continues while we neglect to make socially necessary investments to maintain and improve the social infrastructure and “safety nets,” prevent the further degradation of the environment and do many other socially necessary things

Ultimately, the coronavirus outbreak has shown that society can continue to function without certain kinds of work being performed – so long as governments intervene to provide for the social good. At the same time, many people in wealthier countries have realized that they can live just fine with less. And on both counts, this is exactly what socialists have been arguing all along.