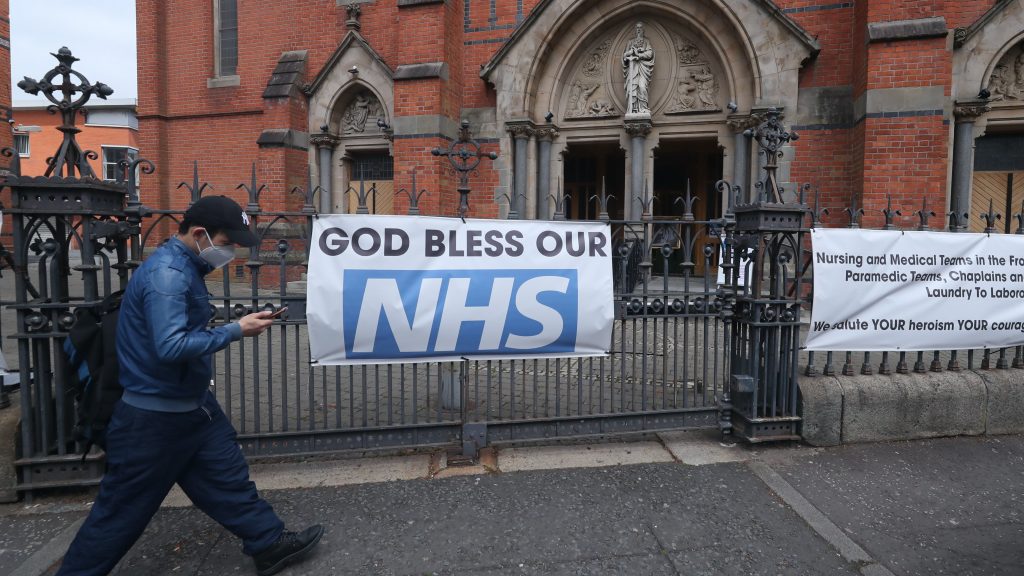 No new deaths with coronavirus in the north of Ireland were reported on Tuesday.

This is the first time since the pandemic took hold in late March that the daily figure has been zero.

The Department of Health figures referred to no new deaths in the last 24-hour reporting period, nor newly notified deaths, leaving the total in the region at 514.

However, the daily update did record a further 28 confirmed positive cases of the virus, bringing the total number in Northern Ireland to 4,637.

The number of deaths is just a fraction of the potential 14,000 warned of by health minister Robin Swann in March before strict social distancing rules were introduced to stem the spread of the virus.

It comes just 24 hours after the Republic of Ireland reported no new Covid-19 deaths on Monday.

But O’Neill said the battle against the virus is not over.

“Let’s keep working together to have more days like this,” she tweeted. “This battle is not over and we cannot afford for a single person to become complacent to the threat posed by this deadly virus.”

Earlier it was warned that some Stormont departments could have run out of cash before the end of July due to the cost of battling the pandemic.

Five departments were affected and one may have exhausted its funds as early as 19 June.

Finance minister Conor Murphy introduced a technical mechanism at the Assembly in Belfast authorising continued spending before more action by lawmakers in the autumn.

The administration has been using millions of pounds to tackle the coronavirus outbreak.

Business tax reliefs and special grants for under-pressure hoteliers and publicans are among extra costs racked up in a bid to keep the economy on life support.

On Tuesday, Murphy told the Northern Ireland Assembly: “Having examined the options the only viable solution is the Assembly’s approval for a further Vote on Account.

“This will provide authority for departments to continue to spend until the detailed Main Estimates can be debated later in the year.”

The Sinn Féin minister also envisaged major challenges arising from Brexit. The transition period is due to finish at the end of this year.

Murphy has said the country more widely faces severe recession due to the coronavirus pandemic.

The north of Ireland has taken its initial steps out of the Covid-19 lockdown, with the reopening of garden centres, churches for private prayer, and golf courses.

However, many businesses will not be permitted to reopen until later in the year.

The Executive has published a five-stage plan for recovery, but this does not give indicative dates.

Murphy told the BBC: “We recognise inevitably businesses will suffer and jobs may go, but we’re obviously trying to mitigate against that as best we possibly can.

“We recognise there are a number of very serious challenges ahead, challenges that will last for some time, and what we want to do is try and support business to meet those challenges.

“The Executive, when it reformed in January, was going to face a very challenging time politically, economically, in terms of support for public services because of the years of austerity budgets, but that’s all been greatly increased because of the situation we are facing at the moment.”

Murphy said he is “bringing a process” to the Assembly on Tuesday to approve additional funding for some departments after four or five departments “spent more than we can cover for them”.

However, he said in other areas departments are spending less money than anticipated, such as on capital projects where building work has stopped.

“We have also asked departments to undertake a reprioritisation exercise to let us know monies that they aren’t spending so that we can collectively, as an Executive, have a look at that and make sure the recovery plan we intend to put in place, that we will be discussing this week, will have resource to go along with it,” he said.