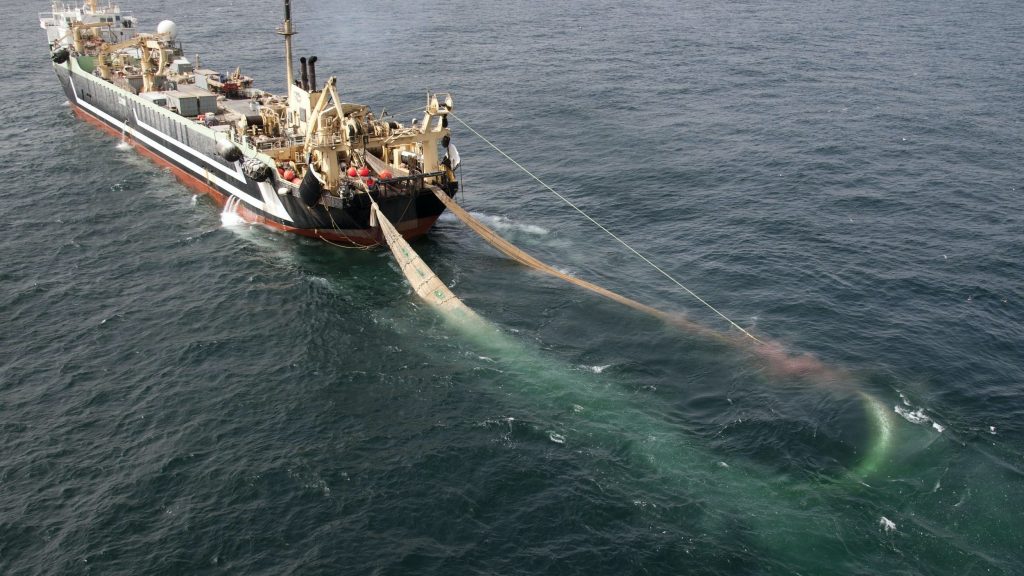 “Destructive” supertrawlers should be banned from fishing in the UK’s protected marine areas, environmentalists say.

The controversial factory ships can be more than 100 metres long and “vacuum” up huge quantities of fish every day.

A Greenpeace investigation published on Thursday reports that 25 supertrawlers – none of which are UK owned – spent nearly 3,000 hours fishing in marine protected areas (MPAs) in 2019.

Their presence off the UK coast has led to fears over fishing stocks and spikes in numbers of dolphin deaths.

Among them was the Dutch-owned Margiris – a 142-metre giant that gained notoriety after it was once banned from Australian waters.

One of the areas most heavily fished in by supertrawlers in 2019 was the Southern North Sea zone, off the east coast of England, which was created to safeguard porpoises.

Chris Thorne, Oceans Campaigner at Greenpeace UK, said: “Our government allowing destructive supertrawlers to fish for thousands of hours every year in Marine Protected Areas makes a mockery of the word ‘protected’.

“Even an hour of supertrawler activity inside an ecologically sensitive marine environment is too much, let alone almost 3,000.

“For our government to be taken seriously as a leader in marine protection, it must ban supertrawler operations in the UK’s Marine Protected Areas.

“Will our government heed the recommendations of the Highly Protected Marine Area review and seize the historic opportunity Brexit provides to fix the UK’s broken network of Marine Protected Areas, or will it allow the flawed status quo to continue?”

A Defra spokesperson said: “The UK is a global leader in the fight to protect our seas with our Blue Belt of protected waters nearly twice the size of England.

“The Common Fisheries Policy currently restricts our ability to implement tougher protection, but leaving the EU and taking back control of our waters as an independent coastal state means we can introduce stronger measures.”

The Wyville Thomson Ridge was overwhelmingly the worst affected MPA, with over 2,000 hours spent fishing there by supertrawlers.

Greenpeace said this is because of the concentration of the Russian supertrawler fleet’s activity there.

The organisation has launched a petition calling on the government to use new-found post-Brexit powers to ban the huge ships from operating in MPAs.

The petition can be accessed here: https://secure.greenpeace.org.uk/page/s/supertrawlers?1%5d