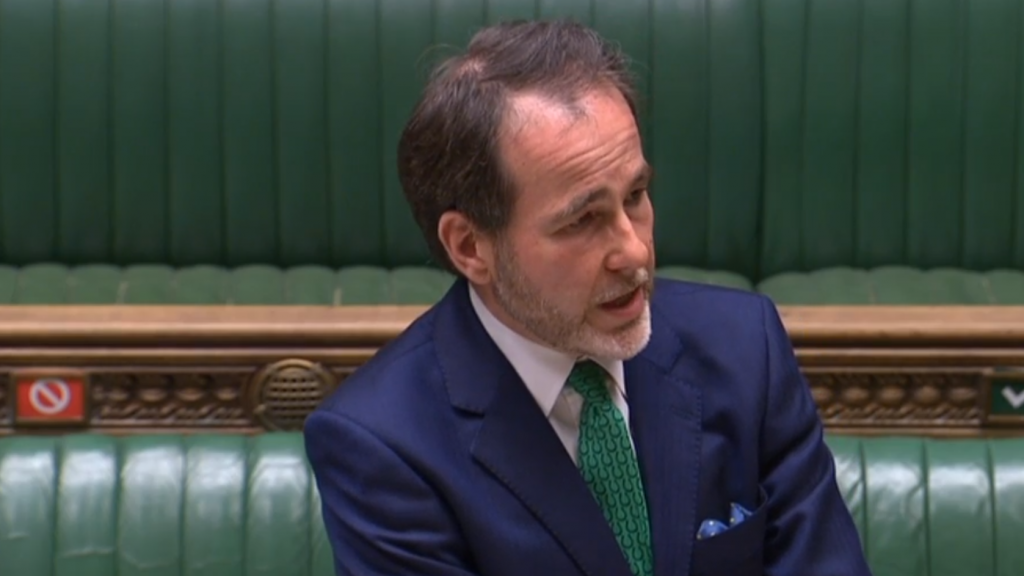 Housing secretary Robert Jenrick has swerved a grilling from MPs over his role in approving a major property scheme involving a Tory party donor.

Labour warned the Cabinet minister will “not have the public confidence” needed to overhaul the planning system until he provides “full transparency over his unlawful decision to force through” the Westferry development.

And Labour urged Jenrick to publish all correspondence he had in relation to the decision to give the development the go-ahead.

But junior housing minister Christopher Pincher was sent to the Commons to defend his boss and claimed Jenrick acted properly and with propriety over the 1,500-home project, said to be worth £1 billion.

The Westferry Printworks redevelopment scheme in east London was controversially approved in January by Jenrick against the recommendation of a planning inspector.

The decision has since been reversed after legal action by Tower Hamlets Council, which had voiced concerns over the size of the development when the plans were first submitted in 2018.

In a statement in May, the local authority said the “timing of the decision appeared to show bias” by the Cabinet minister as it was made a day before new infrastructure charges came in to force. This allowed the developer – former Daily Express owner Richard Desmond’s Northern and Shell firm – to avoid paying between £30 million and £50 million extra to the council.

Labour later accused Jenrick of making the decision after he dined with Desmond “at a glitzy fundraising dinner”.

Two weeks after the Cabinet minister stepped in to approve the housing scheme, Electoral Commission records show that Desmond personally gave £12,000 to the Conservatives.

Speaking in the Commons, shadow communities secretary Steve Reed said: “The ministerial code requires ministers to act with integrity, so did the secretary of state disclose his conversation with Mr Desmond to the department before he granted permission?

“And since these circumstances clearly raise a question of bias, why did the secretary of state not immediately recuse himself from taking this decision?

“The secretary of state gave the scheme consent one day before the community infrastructure levy came in to force, so did he know he was helping Mr Desmond dodge a potential £50 million tax bill?

“And will the secretary of state now disclose what contact he or his representatives had with the developers about this tax?”

Reed went on: “By an astonishing coincidence, just two weeks after the secretary of state took his decision, Mr Desmond made a generous donation of £12,000 to the Conservative Party.

“This sequence of events raises grave concerns about cash for favours.

“If he wants to restore trust, the secretary of state must immediately publish all documents and all correspondence related to this decision.

“The public needs reassurance that the integrity of the planning process cannot be auctioned off at Conservative Party fundraising dinners.”

Pincher replied: “[Reed] also asks, has he acted properly and with propriety in making clear to the department all the discussions he has had with applicants? Yes he did.

“At all times he has disclosed any conversations that he has had with applicants.”

He added: “Mr Jenrick has no relationship with the applicant so I think that question is irrelevant.

“Both the applicant and the local authority have asked Mr Jenrick to attend the site to make a site visit. Mr Jenrick, in discussion with the officials in my department weighed up the pros and cons of such a site visit and decided against.”

Pincher added that a donation in relation to the Westferry permission was not discussed.

He said: “[Jenrick] has been very clear about his involvement with the applicant. I don’t think there is any further that needs to be added.

“The applicant, I think, has paid for tickets to a Conservative Party event, that is apparently where the funds came from.

“Ministers have no knowledge of funds which are provided to political parties through donations or through payment for tickets – these are spendings made by donors which go to parties of all persuasions. They are declared in the proper and usual way.

“None of this is known to ministers, none of it is discussed by ministers, it certainly wasn’t discussed on this occasion.”

Pincher also said he has “no idea” what Desmond had asked for at the Conservative Party dinner or who made the decision on where he would be seated.