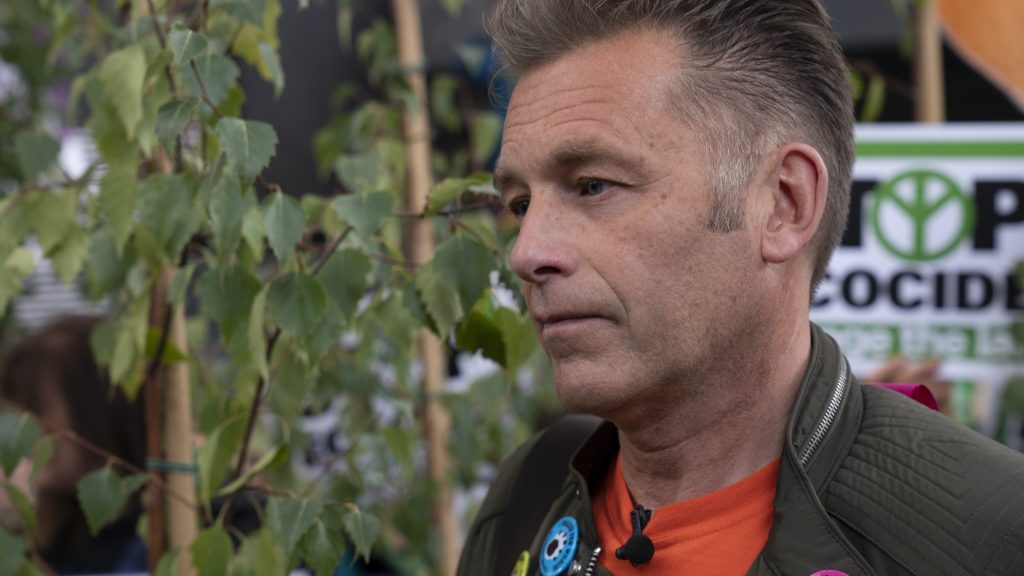 A major review of the HS2 rail scheme gave a “very incomplete assessment of environmental matters”, the Court of Appeal has been told.

This meant that the government gave the green light to the scheme based on a “complete misapprehension” of the environmental impact, lawyers for Chris Packham argue.

The TV presenter is pursuing a legal challenge at the Court of Appeal against the government over its decision to give the go-ahead to HS2.

Packham took his case to the High Court in April seeking an emergency injunction to stop works he claimed would cause destruction or “irreversible and irreparable loss” to ancient woodland sites.

He applied for the order as part of his attempt to bring a legal challenge against the government over HS2.

But two senior judges refused Packham permission to bring a claim against the government’s decision and did not grant the injunction.

Announcing the court’s decision, Lord Justice Coulson said: “This application has no realistic prospect of success, so we do not grant permission to bring judicial review proceedings.”

Packham was given permission to appeal against the High Court ruling and his case is being heard by three leading judges in a remote hearing on Wednesday.

The well-known environmental campaigner is not repeating his application for an injunction.

Lawyers for Packham argue that there were failings in the way the government reached its decision to give the HS2 project the go-ahead.

The government is opposing the challenge.

At the High Court hearing, government lawyers argued Packham’s legal challenge did not have a real prospect of success and should not be allowed to proceed.

In written submissions to the Court of Appeal, David Wolfe QC, for Packham, argued that ministers would have proceeded with making a decision on HS2 on the basis that the report from the government-commissioned Oakervee Review would have explained what they needed to know about the environmental impacts of the project, when in fact, it did not.

The Oakervee Review was set up to examine whether and how HS2 should proceed.

Wolfe said: “The report gave a very incomplete assessment of environmental matters. That mattered, because it meant the decision-maker secretary of state then proceeded (when balancing its various pros and cons) on a complete misapprehension of the existence and / or scale of the environmental impacts of the scheme.”

He also said Packham’s case is that “the defendants were told (and so would have proceeded from an understanding) that the Oakervee Report in fact set out a sufficient account for their purposes of the environmental impacts, when in fact it had not done so”.

Wolfe added: “This misunderstanding affected the weight they would have given to the report’s conclusions in their decision-making.”

He added: “The simple point is that the secretary of state proceeded on a misunderstanding of (or an error of fact as to) the environmental impacts of HS2 when he came to decide whether it should proceed.”

In papers before the court, Wolfe argued that when making the decision on HS2, the government “failed to have regard to the implications” to the Paris Agreement on Climate Change – an environmental accord adopted by many nations, including the UK.

He later said: “The appellant’s complaint is not that the secretary of state was not aware that HS2 would contribute significantly to climate change in the period up to 2050 (he was), but that he was not told of, and did not take into account, the legal implications of that for the UK’s international ‘Paris’ obligations (and indeed some of its domestic obligations).

“He failed to take into account the Paris Agreement when making this decision.”

HS2 is a new high-speed rail network that, when completed, should connect London, Birmingham, Manchester and Leeds, along with other points in the country.

The hearing is due to last for one day.