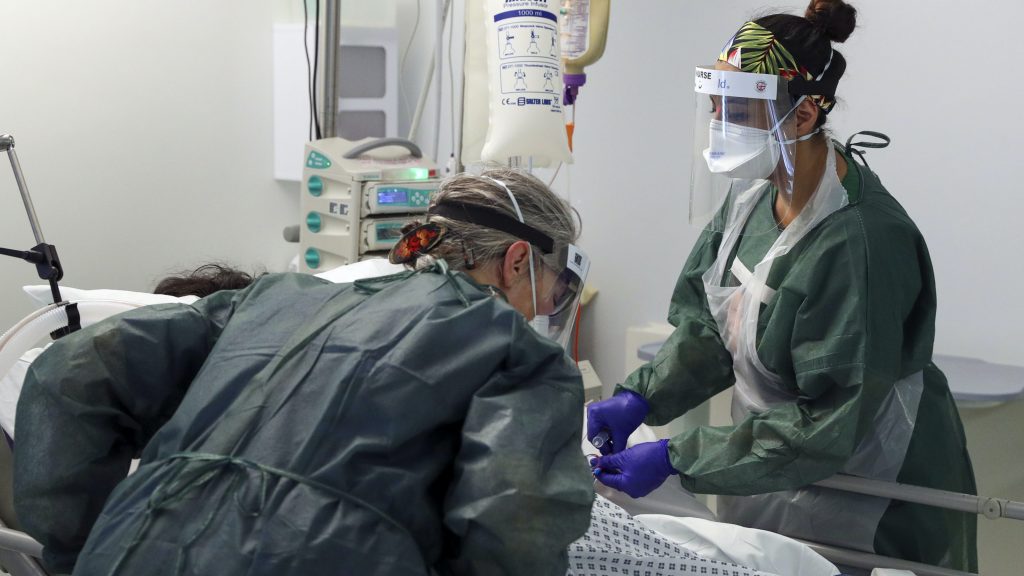 Trials of a new coronavirus (COVID-19) treatment found hospital patients who took the drug had a 79% lower risk of developing severe disease.

Pharmaceutical company Synairgen has developed the drug, currently called SNG001. It is a special formulation of the anti-viral protein interferon beta. Patients inhale the drug directly into the lungs.

More than twice as likely to recover

In the current trial, each patient received either the drug or a placebo. But neither the researchers nor the 101 patients knew whether they were receiving SNG001. Early results suggest patients were more than twice as likely to recover from Covid-19 as those who received a placebo.

It found that the odds of developing severe disease – needing ventilation or resulting in death – during the treatment period of up to 16 days were reduced by 79% for patients receiving the drug, compared with patients who received the placebo.

Results also indicate that, over the treatment period, breathlessness reduced significantly in patients who received SNG001.

Three people (6%) who took the placebo died. But there were no deaths among those who received the drug, Synairgen said.

Study participants with more severe disease at time of admission were more likely to be discharged with SNG001 treatment. But researchers say the difference was not statistically significant.

Professor of respiratory medicine at the University of Southampton Tom Wilkinson is chief investigator on the trial. He is “delighted with the positive data produced from this trial”. He added:

The results confirm our belief that interferon beta, a widely known drug that, by injection, has been approved for use in a number of other indications, has huge potential as an inhaled drug to be able to restore the lungs’ immune response, enhancing protection, accelerating recovery and countering the impact of Sars-CoV-2 virus.

Professor Stephen Holgate, Medical Research Council clinical professor of immunopharmacology at the University of Southampton and co-founder of Synairgen, said the treatment:

restores the lungs’ ability to neutralise the virus, or any mutation of the virus or co-infection with another respiratory virus such as influenza or RSV, as could be encountered in the winter if there is a resurgence of Covid-19.”