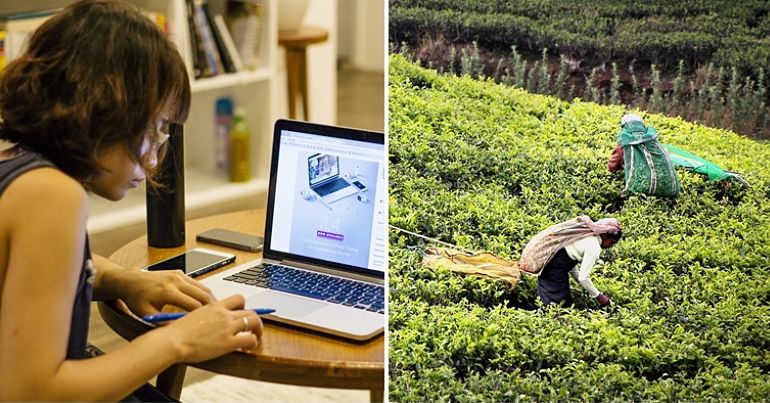 From the beginning of industrialisation there has been a power imbalance in the workplace. And despite employment legislation attempting to address this, power still tips in favour of employers.

Since at least the days of the Tolpuddle Martyrs in the 1830s until the present day, employees have fought this imbalance to achieve better pay and conditions. While this fight may be exhausting, it’s inspiring that it has continued over the centuries regardless of the resources in the employers’ favour.

It means people are prepared to continue the fight against the powers that be and to hold on to victories already gained. And because the coronavirus (Covid-19) pandemic has meant further changes to the workplace, that struggle continues.

Prior to the outbreak of this pandemic, the advent of the gig economy and zero-hours contracts tipped the balance of power further in the employers’ favour. Both these styles of working can mean employees have poor pay and conditions. In fact, employers may even treat them as self-employed freelancers instead of employees.

Typical employment contracts guarantee holiday and sick pay. They should also protect employees from immediate dismissal without just cause. But where employees work in an economy with poor conditions, there are few guarantees. People working in the gig economy and with zero-hours contracts simply don’t have the stability an employee should enjoy.

In addition to these forms of exploitation, the pandemic is bringing new challenges to workers’ rights. Because the spread of the virus is leading to a growth in the use of “platform employment”. This is the kind of employment where people work online and from their homes.

The number of people platform working before the pandemic had been increasing but the numbers were still relatively low. That’s now changing. And because more people work online today, they don’t meet in the traditional office. Despite the disadvantages of office working, it does allow workers to socialise, to meet and to “push for pay rises.”

So platform working could lead to employment protection falling by the wayside as employees meet less in the absence of a physical work space. But the corporations which benefit from a pandemic-driven system of isolated work praise it. Writer Naomi Klein says some tech companies believe lockdown to be a:

living laboratory for a permanent – and highly profitable – no-touch future

This new style of working also means employee performance can be closely monitored through the use of biometric data. This in turn could predict future performance. It sounds ideal for the employer wanting to run an efficient workplace but it could also identify people who are most likely to organise labour.

And if such information was used against employees in the past, the existence of high technology might only worsen employee victimisation.

More traditional industries are benefiting from the pandemic too. Recent shutdowns of industry because of coronavirus sometimes meant no income for employees. So some had to continue working without adequate safety protection, putting their health at risk. These workers also often live in poor conditions.

The boom in platform working isn’t the only challenge brought about by the coronavirus. Exploitation across all sectors of industry is now exacerbated by the pandemic.

The large numbers of workers most vulnerable to the pandemic are “lower down the supply chain – often predominantly women and the primary caregivers in their families and communities.” And while their work plays a vital role in the global economy, they are:

largely part of the hidden workforce of global production and already face poverty wages, dangerous and unsafe working conditions and very few if no social protections.

A constant struggle for rights

While Benn wasn’t only referring to the workplace, the same rallying call could apply there too. Thatcherism undid a lot of the good work achieved on labour standards. But in the years that followed, the limit to the working week could be seen as a victory for workers. Despite employers holding that balance of power, it’s not one-way traffic.

Fatten our lives, not their wallets

While working for others is rewarded with pay, it costs workers their time. So it shouldn’t cost their health and wellbeing as well. Nor should it be for the purpose of making vast profits for the bosses.

The current pandemic poses immediate danger and challenges for people’s physical and mental health. That must always be foremost in our thoughts and actions. This applies doubly when a reckless Tory government is in power.

Priority must also be given to workers’ rights and work-life balance. The possibility for employers to exploit a crisis for their advantage is nothing new. Nor is the ability of working people to organise properly under any system of work. And if working people don’t want to lose any further power to the employer, that time to organise is now.