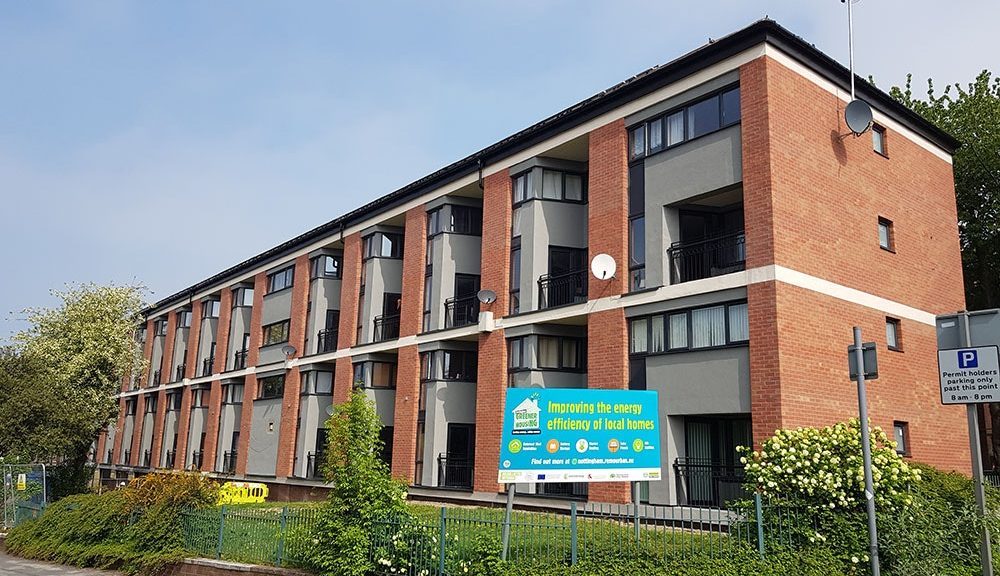 A study led by Nottingham Trent University (NTU) trialled a series of options to cut the energy use and carbon emissions from heating and powering more than 460 homes.

Installing measures to improve the building fabric, including “wrap-around” insulation for solid walls on older Victorian properties and other houses where appropriate, generated energy savings of 31%-45%, the research found.

Adding ground source heat pumps – which provide an alternative source of heating and hot water to traditional gas boilers – increased energy savings to 68%, the project on 463 homes in the Sneinton area of Nottingham found.

Overall, the upgrades cut carbon dioxide emissions from the 463 properties by 550 tonnes a year.

They also boosted people’s wellbeing, with 86% of the householders involved reporting an improvement in the quality of their home and more than half (52%) saying it was significantly improved.

The researchers said a national programme of retrofitting homes with measures such as solid wall insulation, heat pumps and solar panels is urgently needed to meet goals to cut the UK’s carbon pollution to zero overall by 2050.

Housing accounts for a fifth of greenhouse gas emissions, and up to 80% of the homes people will be living in in 2050 are already built and in use today, with most highly inefficient and wasting energy, the researchers said.

Improving home energy efficiency would cut carbon emissions and bills and boost health and wellbeing, but barriers stand in the way, they said.

They include a lack of demand and of clear government policies driving retrofits, the current high costs of retrofits, issues with supply chains and difficulty in financing.

Professor Anton Ianakiev, of the university’s School of Architecture, Design and the Built Environment, who led the study, said: “We need dramatic improvements in our housing stock if we are to meet the net-zero carbon emissions target by 2050.”

He said a route to upgrading 27 million homes to net zero was required, urging that “a national programme to deliver in volume, at speed and cost-effectively is needed urgently”.

Prof Ianakiev said it would also help large numbers of people in fuel poverty in the UK who struggle to pay the bills to heat their homes adequately.

He said: “Upgrading our housing stock will reduce carbon emissions, cut costs and improve health and wellbeing – all of which are significant societal and economic benefits.”

Prof Ianakiev said the project has revealed the practical difficulties that must be overcome in terms of retrofitting homes en masse but also the benefits, and hoped it would provide lessons for others to roll out efficiency improvements.

He added: “Making homes fit for the future needs of society is a major challenge that cannot be ignored.”

The study to retrofit the homes, in partnership with Nottingham City Council and Nottingham City Homes, was a five-year, £5m scheme as part of the Europe-wide Remourban initiative.