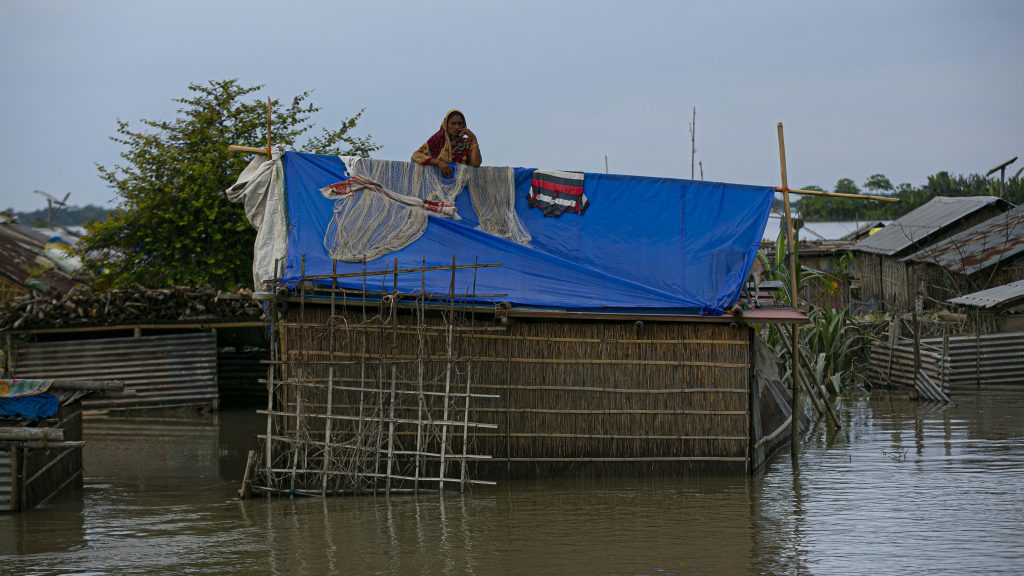 More than 9.6 million people across South Asia have been affected by severe floods, with hundreds of thousands struggling to get food and medicine, officials and aid organisations said.

About 550 people have died in India, Bangladesh and Nepal, while millions have been displaced from their homes since the flooding began last month, said the International Federation of Red Cross and Red Crescent Societies (IFRC).

The organisation warned of a humanitarian crisis, saying that close to one third of Bangladesh has already been flooded, with more flooding expected in the coming weeks.

It said 2.8 million people have been affected, and that more than one million are isolated.

In India, more than 6.8 million people have been affected by the flooding, mainly in the northern states of Assam, West Bengal, Bihar and Meghalaya bordering Bangladesh, the IFRC said, citing official figures.

In India’s north-eastern state of Assam alone, some 2.5 million people were affected and at least 113 have died, authorities said.

More than 100 non-human animals, mostly deer, have died in floods that have submerged Kaziranga National Park, 139 miles east of the state capital Gauhati.

More rain is expected in the next few days.

In Bangladesh, experts say this year’s monsoon is going to last longer than usual because more waters are expected to rush in from upstream India, which shares 53 common rivers with downstream Bangladesh.

Arifuzzaman Bhuiyan, executive engineer at the Flood Forecasting and Warning Centre, said floodwaters were not expected to start receding before the second week of August.

In Kurigram, one of the worst affected districts in northern Bangladesh, thousands of people took shelter at higher ground, leaving their homes and belongings behind.

“Many people are not having three meals a day,” said Mizanur Rahman Soikat, a volunteer for the Bidyanondo Foundation, a local charity.

“The government and volunteer groups are trying to give them food and medicine, but it is getting harder to keep track of the affected people because of rising waters.”

“People in Bangladesh, India and Nepal are sandwiched in a triple disaster of flooding, the coronavirus and an associated socioeconomic crisis of loss of livelihoods and jobs,” he said.

“Flooding of farmlands and destruction of crops can push millions of people, already badly impacted by Covid-19, further into poverty.”