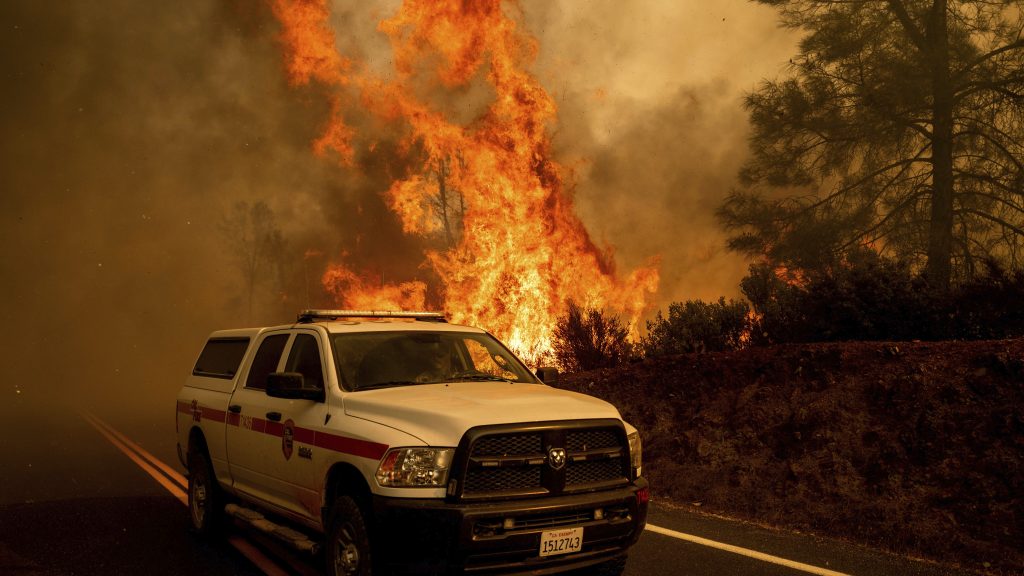 Three deadly wildfires are spreading through northern California as firefighters brace for more of the lightning that sparked the huge blazes.

There were hundreds of other wildfires burning on Sunday 23 August across the state. And nearly 250,000 people were under evacuation orders and warnings.

The death toll from the fires reached seven, after authorities battling a big fire in the Santa Cruz Mountains, south of San Francisco, announced the discovery of the body of a 70-year-old man in a remote area called Last Chance.

He had been reported missing and police had to use a helicopter to reach the area of about 40 off-the-grid homes. It lies at the end of a windy, steep dirt road north of the city of Santa Cruz.

The area was under an evacuation order. Santa Cruz Sheriff’s Department chief deputy Chris Clark said the discovery of the man’s body served as a reminder of how important it was for residents to evacuate from fire danger zones. He said:

This is one of the darkest periods we’ve been in with this fire.

California, in the week beginning 17 August, has been hit by 650 wildfires across the state. Many were sparked by more than 12,000 lighting strikes recorded since 15 August. There are 14,000 firefighters, 2,400 engines and 95 aircraft battling the fires.

The Santa Cruz fire is one of three “complexes”, or groups of fires, burning on all sides of the San Francisco Bay Area. All were started by lightning.

Fire crew made slow progress battling the blazes over the weekend, which included a break in the unseasonably warm weather and little wind.

But the National Weather Service issued a “red flag” warning until the afternoon of Monday 24 August for the drought-stricken area. This means extremely dangerous fire conditions including high temperatures, low humidity, lightning and wind gusts up to 65 mph that officials said “may result in dangerous and unpredictable fire behaviour”.

A fire in wine country north of San Francisco, and another south-east of the city, have within a week grown to be two of the three largest fires in state history. Both have burned more than 500 square miles.

The wind countryfire has been the most deadly and destructive blaze, accounting for five deaths and 845 destroyed homes and other buildings. Three of the victims were in a home that was under an evacuation order.