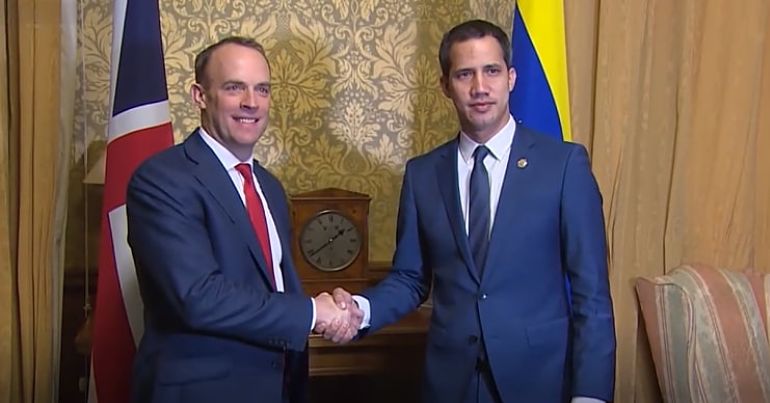 The Venezuelan government of Nicolás Maduro requested access to the gold in order to fund its response to the coronavirus (Covid-19) pandemic. It now appears likely, however, that the real value of Venezuelan gold held in the Bank of England is over $2bn.

In an interview published in August, Venezuelan opposition figure Juan Guaidó’s representative to the UK Vanessa Neumann also claimed that the real value of the gold held in the Bank of England is over $2bn.

In the interview, Neumann boasted that the amount of Venezuelan gold bullion stored in the Bank of England is “more than 31 tonnes”. This would be worth something like “$2.2bn at the moment”, she said.

During the interview, Neumann also joked that she has “more back-channels into the British government than Gaza has tunnels”.

To put this number into perspective, the Centre for Economic and Policy Research (CEPR) revealed in 2019 that “Imports of food and medicine [to Venezuela] in 2018 were just $2.6 billion. Total imports of goods for 2018 were about $10 billion”.

The British state thus appears to have dispossessed the Venezuelan government of almost its entire budget for food and medical imports. This would be the largest seizure of Venezuelan assets in gold since Portuguese bank Novo Banco’s refusal to transfer $1.7bn in 2019.

As the British state restricts Venezuela’s ability to respond to the coronavirus crisis, foreign secretary Dominic Raab recently announced without irony that the UK would “lead global action to ensure [the] world’s poorest are protected from [the] ravages of coronavirus and famine”.

In his recent book, former US National Security Adviser John Bolton claimed that former UK foreign secretary Jeremy Hunt was “delighted” to freeze Venezuelan gold in support of US destabilisation efforts. This reveals an explicit political nature to the current proceedings.

Indeed, the British government’s decision to restrict access to Venezuela’s gold is totally inconsistent with the statements of David Cameron’s former Conservative government.

After a military coup in Egypt in 2013, an official spokesperson for Cameron said: “We recognise states not governments. We will be working with the Egyptian authorities. A strong, stable and democratic Egypt is very important to our interests”. Shortly after, the Egyptian military regime murdered at least 817 protesters in Cairo.

Britain’s policy towards Egypt in the past five years has been remarkable, confirming that Whitehall not only turns a blind eye to, but often has a preference for, repressive systems that help advance its commercial interests

Neumann also revealed that Guaidó’s parallel government will acquire “legal custody over that gold” held in the Bank of England. This is concerning given a spate of scandals surrounding Guaidó and his associates.

In June 2019, the Miami-based PanAm Post revealed that funds raised by Guaidó were used in a massive fraud and embezzlement scheme. One year later, the Grayzone reported that “Trump used looted Venezuelan public money to build border wall with Mexico”.

If Guaidó gains access to the Venezuelan wealth stored in the Bank of England, the funds could similarly be used for embezzlement, association with Colombian narco-paramilitaries, or continued violent regime change attempts.

The Venezuelan government will launch an appeal against the UK High Court’s decision later this year.

In the slow asphyxiation of Venezuelan society, Britain remains among those countries applying the most pressure.