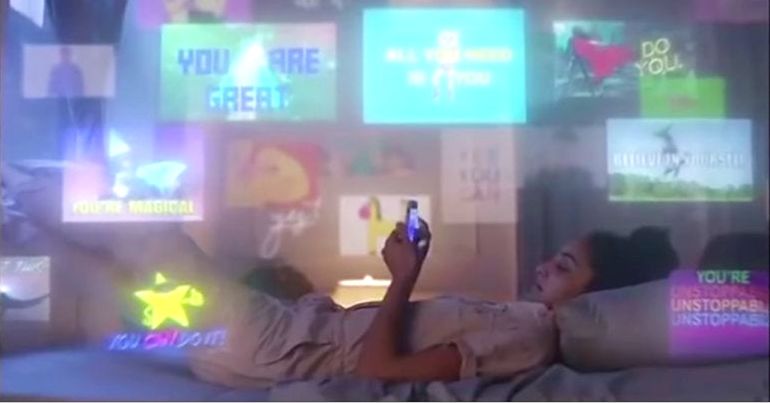 As The Canary has previously reported, the rise of big tech giants like Google and Facebook is surrounded by numerous social, political, and ethical questions. Likewise, we have also published articles that analyse the threat posed by surveillance technology. Now a fascinating new documentary available on YouTube has profiled the world’s leading academic expert on “surveillance capitalism”.

Dr Shoshana Zuboff is a professor at Harvard University’s Business School and has been described as “the Karl Marx of our time”. Her latest book, The Age of Surveillance Capitalism, pries open the nefarious ways that tech companies’ collection of data has come to form a key part of the global capitalist economy in the 21st Century. As the documentary puts it:

According to Zuboff, our personal and private experiences have been hijacked by Silicon Valley and used as the raw material for extremely profitable digital products.

Voluntary information just the tip of the iceberg

But as Zuboff explains, things are much worse than this implies. Because information voluntarily given online is, in fact, just the tip of the iceberg:

We think that the only personal information they have about us is what we’ve given them. And we think we can exert some control over what we give them. And therefore we think that our calculation, our trade-off here, is something that is somehow under our control, that we understand it.

Yet this misperception has things all wrong:

So what is the most important?

The documentary’s narrator goes on to say that big tech companies “retrieve a lot of information from the digital traces we leave behind unwittingly”. This is known as “residual data” and includes things as seemingly innocuous as “spelling errors in your search terms” or “which colour buttons you prefer”.

Zuboff explains how the collection of this data is a relatively new phenomenon in terms of the digital age as a whole:

Way back at the beginning – back in the year 2000, 2001, 2002, back in those days – these data were considered just extra data. They were considered waste material. And people called them things like “digital exhaust” or “data exhaust”. Eventually, it was understood that these so-called “waste materials” harboured these rich, predictive data.

Zuboff’s research has found that this data has come to have huge predictive capacity, which big tech companies use to increase their profits. She says:

The companies like to say: “We collect data so that we can improve our service”. And that’s true. They collect data, and some of it is used to improve the service to you. But even more of it is analysed to train what they call “models”, patterns of human behaviour. So once I have big training models, I can see how people with these characteristics typically behave over time. And that allows me to fit your data right into that arc and to predict what you’re likely to do, not only now but soon and later. This is what I call “behavioural surplus”.

The documentary gives some shocking and sometimes bizarre examples of how this process can manifest itself. In one case, companies were able to figure out that a woman was pregnant before she knew herself – based on her shopping preferences for shampoo. In spite of this, researchers currently do not know what behavioural data tech companies use in their algorithms or how these algorithms predict behaviour.

But it’s not just those companies that we typically think of as “big tech” that are utilising behavioural data. Even mainstream traditional ‘bricks and mortar’ stores are doing so as well. Zuboff said of this:

one of the misconceptions that’s really important for us to move away from is that surveillance capitalism is something that is only manifest in our lives when we’re online. Or somehow it’s only restricted to online targeted advertising.

The technology used for surveillance capitalism has evolved so quickly that it’s taken on characteristics that seemingly come straight out of a Phillip K Dick science fiction story. The documentary’s narrator, for example, explains that “thanks to the analysis of trillions of terabytes of behavioural data that we unwittingly leave around the digital domain, big tech sometimes knows us better than we know ourselves”. As Zuboff explains:

They can predict things like our personality, our emotions, our sexual orientation, our political orientation – a whole range of things that we never, ever intended to disclose.

Zuboff is not entirely pessimistic about the situation, however. Asked about whether there is anything that can be done to counter the trends she described, she said:

These [past] 20 years have been a honeymoon for surveillance capitalism. Because they have been 20 years largely unimpeded by law… Why? Well, the most important reason is that they’re doing things that have never been done before, so there are no laws against it. Just like factories employing children… There hadn’t been anything like that before, and there were no laws against it. And it took our societies a while to sort of wake up.

She finished her interview with the documentary-makers on an optimistic note, stating:

If we had been trying to stop it, to curtail it, to outlaw it for every one of these [past] 20 years, and we had utterly failed, then I might, you know, put my chin in my hand and say, ‘gosh, I’m starting to feel like things might be really bad’. But that’s not the case. We haven’t even tried yet to stop it. Look, surveillance capitalism is 20 years old. Democracy is several centuries old. I bet on democracy.