A Tory MP desperately defends cosying up to neo-fascists - Canary 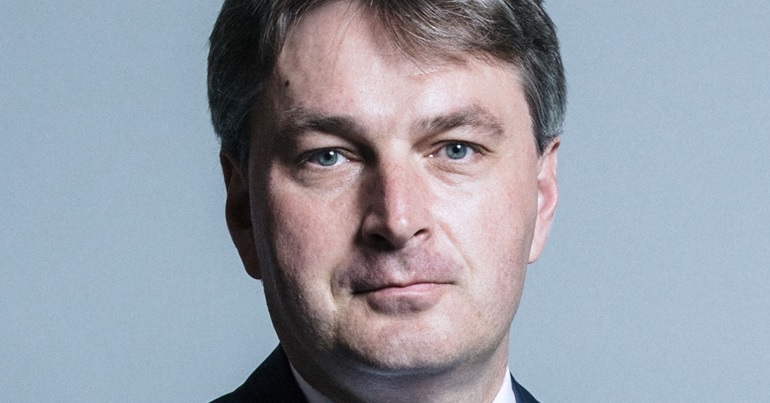 On 4 February, Conservative Party MP Daniel Kawczynski reportedly attended a “National Conservatism” conference in Rome, speaking alongside some highly controversial figures. And he defended the event linked to Hungarian leader Viktor Orbán and Italy’s Matteo Salvini by insisting that “they represent serious ideas and concerns”.

An MP of the Conservative Party is about to speak at a nationalist conference alongside a range of Islamophobic, racist, far-right politicians in Rome, who he's apparently backed

It is important @Conservatives are asked whether such behaviour is consistent with being a party MP. https://t.co/RGT2AX0Hnu

Like Donald Trump, Tory leader Boris Johnson is notoriously popular among fascists. He has a longstanding record of insulting women, ethnic minority groups, religious minority groups, the LGBTQIA+ community, and working-class people. He and his party, meanwhile, have long faced allegations of antisemitism, with ties to antisemitic, far-right parties in Europe being a particular cause for concern. They are also experiencing an Islamophobia crisis which seems to be out of control. Statistics have previously shown, for example, that 56% of Conservative Party members believe “Islam is a threat to the British way of life”.

The Conservatives have been particularly close to Viktor Orbán. For example, when the EU sought to sanction Orbán regarding accusations of antisemitism, Islamophobia, and attacking press freedoms, the Conservative Party joined far-right politicians in voting that Orbán didn’t pose a “clear risk of a serious breach of the EU founding values”. Johnson, meanwhile, congratulated Orbán on his 2018 election win. And a month later, he tweeted a pally picture with Hungary’s foreign minister. Johnson doesn’t appear to have voiced any criticism of Orbán and Hungary on Twitter.

It’s perhaps no surprise, then, that the Tories seem to be happy for Kawczynski to attend the National Conservatism conference (he reportedly consulted Conservative whips before confirming his attendance).

Prof Cas Mudde – author of The Far Right Today – tweeted about the conference:

"National conservatism" is the respectable radical right hybrid that many in cultural, economic and political establishment have been hoping for. It could be game changer for European and US politics and we ignore (or ridicule) it at our own peril. 1/2 pic.twitter.com/E1YvIAmtME

I wish I had discussed the "national conservatism" project in more detail in my new book "The Far Right Today". It constitutes, in many ways, the international institutionalization of the mainstreaming of the radical right. 3/2 ☺️

One Twitter user, meanwhile, hinted at an appropriate acronym for the conference:

A National Conservatism conference. Do they abbreviate to NatC's?

The event is sponsored, among other groups, by the ‘International Reagan Thatcher Society’. And as the Shropshire Star (Kawczynski’s local paper) reported:

Those speaking on the same platform include Ryszard Legutko, the Polish Law and Justice MEP who has described homophobia as a “totally fictitious problem”.

Hermann Tertsch, an MEP for the Spanish anti-immigrant Vox party, has also argued that General Franco was not a fascist and gave Catalans a good life. …

This was also an event where Orbán reportedly got a standing ovation:

PM #Orban arrives to the #NationalConservatism conference in Rome pic.twitter.com/U3eXCjMH2K

For these people, ‘social justice is a cult’

Ultra-conservative US writer and editor Rod Dreher reportedly summarised the kind of ideas supported by conference attendees during his speech:

Some catchphrases from @roddreher's speech now to the "National Conservatism" conference in Rome: "social justice is a utopian political cult"; "pink police state"; "the entire country is becoming a university campus."

.@yhazony tells National Conservatism conference in Rome: "Newspapers are controlled overwhelmingly by the left, which despises us."

The hard-right Israeli philosopher has happily taken credit for formulating the ideology of “neo-Zionism”. And as the Intercept wrote in 2019, fascists around the world have taken inspiration from his book The Virtue of Nationalism – in which he is “extremely defensive” of Israel and angry about “international criticism of Israeli human rights abuses”. He also criticised ‘liberal and globalist’ attempts to shame “apartheid South Africa and Serbia under the dictatorship of Slobodan Milosevic”.

There appeared to be an implicit opposition to climate action at the conference:

. @MarionMarechal “We don’t want to led by those who make love to trees” #NationalConservatism

The fact that association with the NatC conference doesn’t seem to make the UK Conservatives uncomfortable says a lot about the party’s current ideology. It also speaks to the ongoing mainstreaming of far-right politics. And as Mudde insisted, ‘we ignore this at our own peril’.