As Johnson tries to paint himself as pro-women, the truth catches up with him - Canary Workers’ Co-op 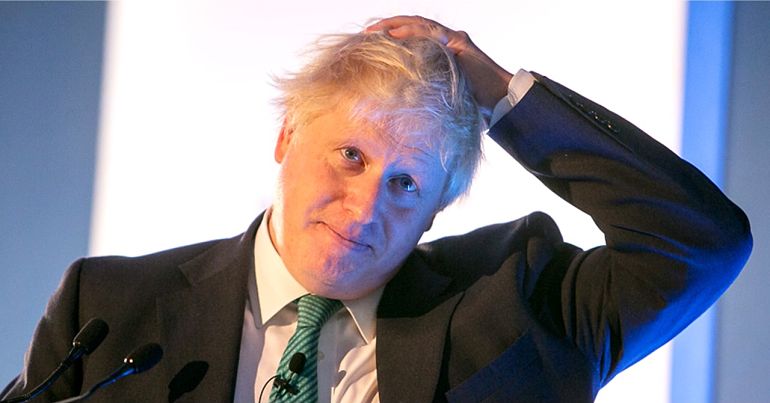 Boris Johnson’s launch of plans to “support women to reach their full potential” has been thrown into disarray by his own sexist legacy. It’s yet another sign that he’s unfit to lead.

An old article has come to light in which Johnson raged against single mothers and their “illegitimate” children. He branded such children “ill-raised, ignorant, aggressive” and suggested the problem was “’the single mothers’ desire to procreate independently of men”.

Even though he wrote the piece over 20 years ago, Johnson used language and arguments that were already utterly outdated and offensive. In what he may have thought was an attempt at solidarity, he said: “It is no use blaming uppity and irresponsible women for becoming pregnant in the absence of a husband”. But, he implied, this was because it’s “feeble” when a man can’t “take control of his woman”.

Moving swiftly from sexism to classism, Johnson declared that a working-class man is “likely to be drunk, criminal, aimless, feckless and hopeless, and perhaps claiming to suffer from low self-esteem brought on by unemployment”. What’s more: “If he is white collar, he is likely to be little better”.

Johnson wants to increase the proportion of women Tory candidates to 50%. Currently, it’s 30%, while for Labour the figure is 53%. He’s also promising that a “Conservative majority government will support women to reach their full potential – be that in the workplace, by opening up new opportunities to work flexibly or start their own business, or through our work internationally to make sure all young women get 12 years of education”. Perfectly fine, if vague, words. But is Johnson the leader to carry out such plans? Recent throwaway remarks, such as “girly swot” and “big girl’s blouse”, hint at unreformed attitudes. The party, let alone the country, may decide that Johnson’s archaic worldview has passed its sell-by date.

Johnson’s legacy of appalling statements is well-known. Whether it’s “a bunch of black kids”, “tank-topped bum boys”, “picanninies” or “letterboxes”, his dismissive put-downs suggest an arrogance and coldness of heart. And this isn’t just some ‘freedom of speech’ thing. He wrote of his fear of groups of Black youths in the context of attacking anti-racism reforms that were proposed in the aftermath of the murder of Stephen Lawrence. At a time when it was clear that systemic change needed to happen, Johnson whinged about the “PC brigade”. Michael Mansfield, the barrister who represented the Lawrence family, said of Johnson:

This is a man who is deeply prejudiced and obviously I’m horrified about the possibility that he may remain Prime Minister. He is fundamentally sexist and racist.

And he added that Johnson’s more recent comments, on top of his older ones, show: “Nothing’s changed… The passage of time makes it worse because he’s still doing it”.

Johnson is a mess. Whatever he may promise, be it more opportunities for women or a fairer society, has to come with a massive warning that he is in no way the person to make it happen. His career of public pronouncements is that of a sexist, racist dinosaur utterly unfit to lead the country. It’s time he was consigned to history where he belongs.