The Tories were just so antisemitic, they forced the BBC to cover it - Canary 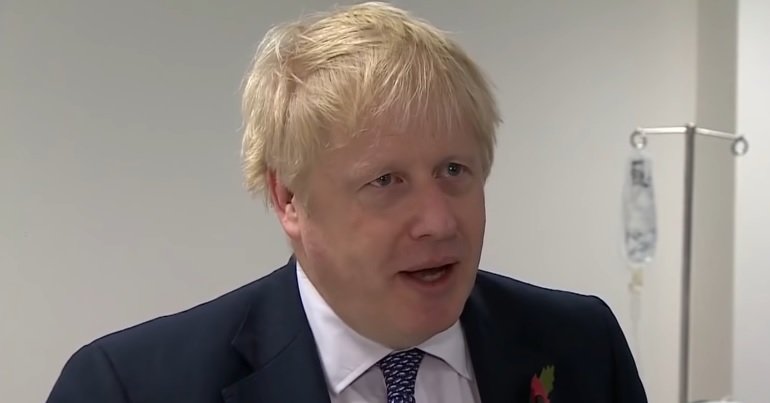 The Conservative Party’s ongoing antisemitism crisis has become so bad even the BBC and some sections of the corporate media have covered it.

In the final week of the election, another three Conservative parliamentary candidates are facing calls to stand down after antisemitic incidents.

Candidate Sally-Ann Hart is standing in Hastings, which is a very close Labour-Tory marginal seat. She ‘liked‘ a Facebook comment that said “Ein Reich” – a Nazi slogan, meaning ‘one empire’. On top of that, she posted a video implying that Jewish billionaire George Soros controls the EU like a puppet-master, which is an antisemitic trope. Hart is the same candidate that argued disabled people should not receive the minimum wage. Under the Nazi regime, disabled people faced a similar fate to Jewish people.

Then there’s Lee Anderson, a candidate for another Labour-Tory marginal: Ashfield. As the Guardian reported:

The Ashfield Backs Boris Facebook group, of which Anderson is an active member and which is moderated by local Tory activists connected to his campaign, has regularly posted Soros conspiracy theories.

Members of the group have written comments such as: “The entire exploiters of the anti-Brexit vote are now attempting to uproot the voters via pressure from Soros. What say you UK? Who is your master?”

And another Conservative candidate, Richard Short of St Helens South & Whiston, also faces accusations of antisemitism. That’s because Short accused a Jewish journalist of being more loyal to Israel than Britain. That is an antisemitic trope.

The latest incidents of Tory antisemitism come after Scottish Conservatives withdrew support from another candidate, Ryan Houghton, after uncovering a “sick internet history of Holocaust denial, homophobia and Islamophobia”. And on the same day, Leeds North East candidate Amjad Bashir came under fire for alleged antisemitism as well.

Discrimination or abuse of any kind is wrong, and the Conservative party takes decisive action to deal with any incidents of hatred, abuse or intimidation. We are committed to stamping out the scourge of antisemitism in our society and supporting our Jewish community.

Our complaints process is rightly a confidential one but there are a wide range of sanctions to challenge and change behaviour, including conditions to undertake training, periods of suspension and expulsion, and these are applied on a case-by-case basis.

Imagine if these antisemitism cases came from Labour

Tory antisemitism is so rife that even the BBC has produced an online report on the scandals. However, it’s unclear if broadcast media is putting due pressure on the Conservative Party to suspend these candidates.

By contrast, the broadcast media has delivered many reports on alleged antisemitism in Labour. But it’s worth noting that disciplinary cases relating to antisemitism among Labour members since September 2015 relate to 0.06% of the party’s 500,000+ membership. As The Canary‘s Ed Sykes reported:

Since becoming Labour leader, veteran anti-racist Jeremy Corbyn has taken firm action against the very small amounts of racism within the party, apologising profusely for any that exists. And as Labour general secretary Jennie Formby recently outlined in detail, the party has done “serious and extensive work” to stamp out antisemitism in particular

As Labour states, antisemitism anywhere is unacceptable. But unbalanced reporting only obscures the issue. With the onslaught against Corbyn’s Labour in mind, independent media and face to face conversations between relatives, friends, and neighbours are the only way to overcome the propaganda of the corporate media. The Tory candidates peddling outright antisemitism, meanwhile, should stand down immediately.